July 26, 1955 – Walt Disney and Fess Parker Appear on the Cover of Look Magazine 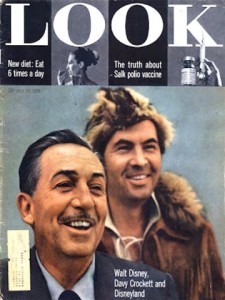 “In thirty years, Walt Disney has made more than 600 films, watched by a billion pairs of eyes.”

On July 26, 1955, the newest issue of Look Magazine was released, featuring Walt Disney and Fess Parker on the cover. This issue featured an eight-page spread about Walt Disney, the characters he brought to life through animation and television, and plans once Disneyland opened. Also featured was a snippet of Fess Parker as Davy Crockett, and his travels around the country promoting the show.

May 24, 1968 – Walt Disney is Posthumously Awarded the Congressional Gold Medal 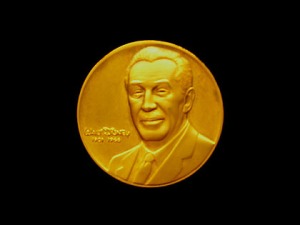 On May 24, 1968, President Lyndon Johnson presented the Congressional Gold Medal to Walt Disney’s widow, Lillian Disney. Walt, who had passed away on December 15, 1966, had previously received the Presidential Medal of Freedom in 1964. In the joint resolution to issue the medal, it honored Walt’s contributions, his humanitarian efforts, his help with the war effort during World War II, and “his belief that good will ultimately triumphs over evil.”

April 3, 1953 – Walt Disney Signs Legal License for Use of His Name 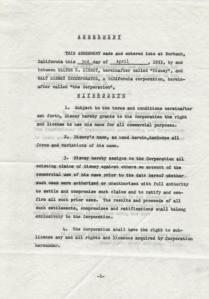 “Disney’s name as used herein, includes all forms and variations of his name…”

On April 3, 1953, Walt Disney signed a legal license that would grant him all commercial uses of his name to Walt Disney, Incorporated; this was the first step in ensuring that Disney would be able to control his films, televisions shows, and eventually the parks. This was a historic event in entertainment history, as this contract paved the way for Disney to become the global empire it is today. This agreement also helped pave the way for Disney to create his own distribution company, Buena Vista Distribution, as RKO was crumbling quickly after being acquired by Howard Hughes. 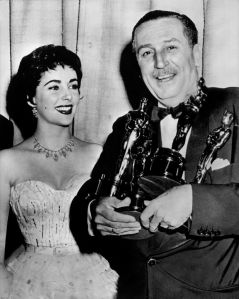 On March 25, 1954, the 26th Academy Awards were held at the RKO Pantages Theatre in Hollywood, California. Walt Disney set a record at this awards ceremony by winning four awards, becoming the most Oscars won in the same year; this record has yet to be broken as of 2017. The awards Disney won include Best Animated Short Film for Toot, Whistle, Plunk and Boom; Best Documentary Feature for The Living Desert; Best Documentary Short for The Alaskan Eskimo; and Best Live Action Short Film, Two-Reel for Bear Country. 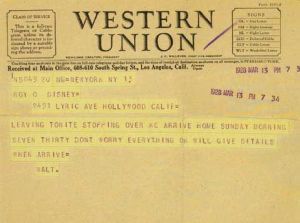 “Don’t worry everything ok will give details when arrive”

On March 13, 1928, Walt Disney traveled back to California from New York with his wife Lillian, after negotiations with Charles Mintz about the character Oswald the Lucky Rabbit had failed. Before leaving, Walt sent a telegram to his brother Roy reading: “LEAVING TONITE STOPPING OVER KC ARRIVE HOME SUNDAY MORNING SEVEN THIRTY DON’T WORRY EVERYTHING OK WILL GIVE DETAILS WHEN ARRIVE. WALT.” This telegram is usually associated with the myth of the creation of Mickey Mouse, as Disney announced when he got back to California that he lost Oswald but they would start a new series. Walt, Roy, and friend Ub Iwerks quickly set to work on the first Mickey Mouse cartoon Plane Crazy, which was shown in a nearby movie house on May 15, 1928, though they would not have their first real hit on their hands until Steamboat Willie on November 18, 1928. 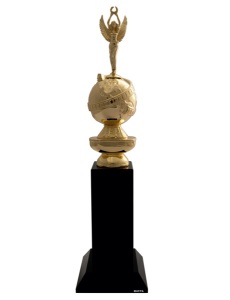 “In 1928 [Walt Disney] created ‘Steamboat Willie’ introducing Mickey Mouse, and from that point there was no stopping the king of family entertainment in the U.S.”

On February 26, 1953, the 10th Annual Golden Globes were held at the Ambassador Hotel in Los Angeles, California. At this ceremony, Walt Disney was awarded the Cecil B. deMille award for his numerous contributions to the film industry, becoming the second recipient of this award after Cecil B. deMille himself. The award acknowledges the “outstanding contributions to the world of entertainment” made by the individual. 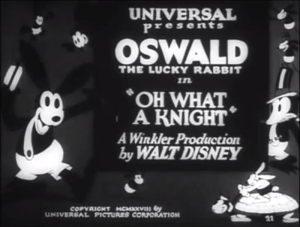 “Never again will I work for somebody else.” – Walt Disney

On February 2, 1928, Charles Mintz, the distributor for Disney’s Oswald the Lucky Rabbit short films, signed a three-year contract with Universal. This contract with Universal would give the company new Oswald shorts, without the involvement of Walt Disney. Mintz had been working since early 1928 to pull Walt’s animators from him to create a new studio producing Oswald short films. Ub Iwerks had been approached and refused the offer; he then went to Walt to warn him of Mintz’s backdoor deals. Walt was optimistic about the future of Oswald and didn’t heed Ub’s warning, instead heading to New York to negotiate a new contract with Mintz. Walt asked for $2500 a short film, but Mintz only offered a paltry $1800, much less than the $2250 Disney had been making, and gloated about having stolen Walt’s key animators from him. Although Walt tried to stall making a decision, including trying to get Universal to intervene on his behalf, Mintz dropped the ultimate bombshell: Universal had the rights to the Oswald character, not Walt, and Universal sided with Mintz. Walt then headed home after accepting defeat and informing Mintz that he would not accept a new deal, but it was not too long after that Walt and Ub would come up with the character that would create a company: Mickey Mouse.

On January 29, 1920, an ad was placed in the Kansas City Star by the Kansas City Slide, asking for a man to do cartoons and wash drawings. The ad was spotted by Ub Iwerks, who discussed it with his friend Walt Disney, and the pair agreed that Walt should apply for the position. The pair were still working on establishing their own business, and Walt had only wanted to find a part-time position, but was encouraged by Ub to accept the $40 a week full-time job when it was offered. Although Ub had assured Walt that he could maintain their business while Walt worked at the Kansas City Slide Company, Ub did not possess the salesmanship that Walt had, and the business quickly crumbled; fortunately, Walt was able to convince his boss to hire Ub as well, and the pair would work at the company for a little over two years. 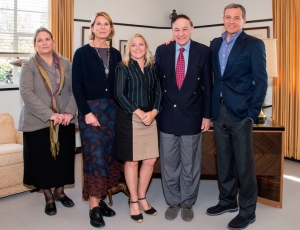 “We put this permanent exhibit together to serve as a source of inspiration to us, a reminder to have greater ambition, to take bold creative risks, to constantly innovate and push the limits of possibility, to relentlessly pursue perfection and to tell fantastic stories that touch people’s hearts. That was Walt Disney.” – Chairman and CEO Bob Iger

On December 7, 2015, Chairman and CEO of the Walt Disney Company Bob Iger held a special ceremony to dedicate the newly restored office of Walt Disney. The office was a painstaking project of the Disney Archivists, restoring it down to the tiniest details. Part of the office was originally seen at the One Man’s Dream attraction in Disney’s Hollywood Studios, while another part was shown at the Main Street Opera House in Disneyland; archivists were able to bring back the original furnishings, awards, and collection of miniatures that were featured decades ago. Also featured at the ceremony were Disney chief archivist emeritus Dave Smith, Disney Legend Richard Sherman, and Walt Disney’s granddaughters Joanna Miller, Jennifer Goff, and Michelle Lund. 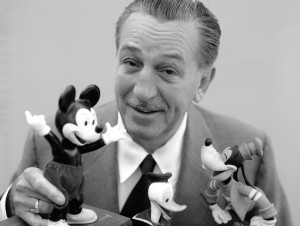 “I call upon all Americans to recognize this very special day in the spirit in which Walt Disney entertained young and older Americans.”

On December 5, 1986, the United States of America officially celebrated Walt Disney Recognition Day. The celebration, passed by the Senate on August 23, 1986, and celebrated on the birthday of Walt Disney, was honored via a proclamation by then-President Ronald Reagan on what would have been Disney’s 85th birthday. In a special statement, Reagan recognized Disney’s contributions to the field of entertainment, his virtues and imagination, and the sense of wonder he gave to people the world over.