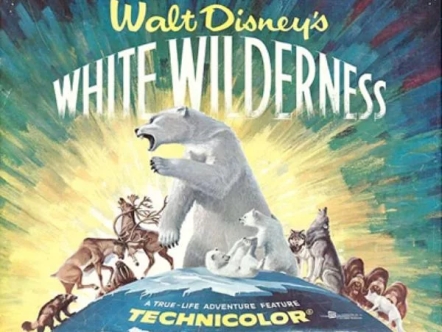 July 9, 1958 – The People and Places Featurette Ama Girls is Released to Theaters

On July 9, 1958, the 13th People and Places Featurette, Ama Girls, was released to theaters. Directed by Ben Sharpsteen, the featurette explores the life of a family of fishers in Japan, particularly the eldest daughter who is an ama diver, or pearl diver; the women in this film also dive for a mineral-rich seaweed known as “heaven grass.”. The film is also released as Japan Harvests the Sea. It would go on to win the Academy Award for Best Documentary Short Subject at the 31st Academy Awards.

“Since the release of the first Star Wars movie 40 years ago, the Star Wars saga has had a seismic impact on both cinema and culture, inspiring audiences around the world with its mythic storytelling, captivating characters, groundbreaking special effects and iconic musical scores composed by John Williams.”

On May 4, 2018, to honor the 40th anniversary of the Star Wars series of films, Walt Disney Records released remastered version of the soundtracks for the first six films. The score, composed by John Williams, has been awarded several Academy Award nominations, and won in 1977 for Best Original Score. Alongside the remastered score, the CDs released include new artwork and a mini-poster for collectors.

On April 6, 1959, the 31st Academy Awards were held at the Pantages Theatre in Hollywood, California. At this awards ceremony, Disney won three Academy Awards for features considered live-action documentaries: Best Live Action Short Subject for Grand Canyon, Best Documentary Feature for White Wilderness, and Best Documentary Short Subject for Ama Girls. Disney was also nominated for the Best Short Subject – Cartoons for Paul Bunyon, but lost to the Looney Toons short film Knighty Knight Bugs; White Wilderness was also nominated for Best Scoring of a Dramatic or Comedy Picture, but lost to Dimitri Tiomkin’s scoring for The Old Man and the Sea.

“Baby, you’re mine on a platter, I always get my man.”

On March 25, 1991, the 63rd Academy Awards were held at the Shrine Auditorium in Los Angeles, California. At this ceremony, the Touchstone Pictures film Dick Tracey, nominated for seven awards, walked away with three: Best Original Song for ”Sooner or Later (I Always Get My Man),” awarded to Stephen Sondheim; Best Art Direction, awarded to Richard Sylbert for Art Direction and Rick Simpson for Set Direction; and Best Makeup for John Caglione Jr. and Doug Drexler.

“You and me together, that’s how it always should be, one without the other, don’t mean nothing to me, nothing to me…”

On March 24, 2002, the 74th Academy Awards were held at the Kodak Theater in Los Angeles, California. Although nominated for three awards, the Pixar animated feature film Monsters, Inc. only managed to walk away with one: the Academy Award for Best Original Song, awarded to Randy Newman for “If I Didn’t Have You.” This song beat out the likes of “May It Be” by Enya, Nicky Ryan, and Roma Ryan (written for The Lord of the Rings: The Fellowship of the Ring); “There You’ll Be” by Diane Warren (written for Pearl Harbor); “Until…” by Sting (written for Kate & Leopold); and “Vanilla Sky” by Paul McCartney (written for Vanilla Sky).

“Boy, never did I dream that making a flip book out of my third grade math book would lead to this.”