“…Bob has created a rich legacy of quality, integrity, and dedication that will continue to benefit the Walt Disney World resort for many years to come.” – Attractions President Judson Green

On January 30, 1934, Bob Matheison was born in Portland, Oregon. He graduated from USC in 1955, majoring in telecommunications, and joined the Army after graduation. He worked at Fort Hood as the chief of the radio-television branch, which kicked off his career in radio broadcasting. In 1960, Matheison scored a job at Disney through a college friend, and became the sound coordinator for Disneyland; he soon worked his way up to become the manager of Guest Relations, assisting production of broadcasts from the park. In 1965, Walt Disney personally tapped Matheison to work with several attractions set to premiere at the 1965 World’s Fair; he would manage the it’s a small world attraction, along with supervising the technical staff for Magic Skyway, Great Moments with Mr. Lincoln, and the Carousel of Progress. In 1966, Matheison was named the head of the research and development team for the Florida Project (which would eventually become Walt Disney World). While working on this project, he also developed an extensive 13- week training program for executives of the park, which was the forerunner of the Disney Institute corporate training program. In 1969, he was named the director of operations for Disneyland, and took the title to Walt Disney World a year later when sent to set up the new parks operating plan. In 1972, Matheison was promoted to the vice president of operations; in 1984 he was promoted to vice president of Magic Kingdom and EPCOT; in 1987, he reached the position of executive vice president of Walt Disney World. In 1994, after 34 years with the company, Matheison retired. He was honored as a Disney Legend in 1996 for the many hats he wore during his tenure at Disney.

On January 29, 2008, the digital version of the soundtrack for the live-action feature film 20,000 Leagues Under the Sea was released through Walt Disney Records. Although two vinyl records were released (one in 1954, the second in 1963 around the film’s re-release), these two records were more like story records rather than a soundtrack; this digital album is the first time the score of the film by Paul J. Smith was released. The soundtrack is 26 tracks long, along with several single versions of the film’s song “Whale of a Tale,” sung by actor Kirk Douglas. 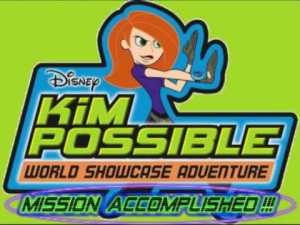 On January 28, 2009, the interactive attraction Kim Possible World Showcase Adventure opened in Epcot’s World Showcase. Based on the hit Disney Channel animated series Kim Possible, the experience gave guests a chance to become secret agents throughout Epcot, solving cases through the help of a special communication device known as a Kimmunicator. Seven pavilions, each with a different mission, were available for exploring, with each quest taking about an hour to complete. The interactive attraction closed on May 17, 2012, and was replaced by Agent P’s World Showcase Adventure on July 6, 2012.

“Till we find our place on the path unwinding in the circle, the circle of life.”

On January 27, 2004, the second compilation album in the Disneymania series, entitled Disneymania 2, was released through Walt Disney Records. The album, like its predecessor, features pop covers of classic Disney favorites. Artists featured were Disney Channel star Hilary Duff, indie band They Might Be Giants, and the musical group Disney Channel Circle of Stars, which were Disney Channel stars gathered for the purpose of singing Disney covers. Several of the songs were used to promote Disney movies released on DVD or soundtracks for feature films. The album was successful, reaching a peak of 29 on the Billboard 200 chart and being certified gold by the RIAA. 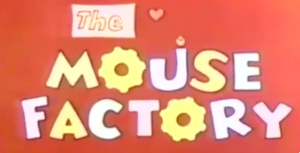 January 25, 2005 – The Soundtrack to Mulan II is Released Through Walt Disney Records

“Just to be free, like other girls get to be!”

On January 25, 2005, the soundtrack to the direct-to-video animated feature Mulan II was released through Walt Disney Records. The soundtrack features the vocals of Lea Salonga, Judy Kuhn, Beth Blankenship, Mandy Gonzales, Gedde Watanabe, Jerry Tondo, and Harvey Fierstein; Salonga, Watanabe, Tondo, and Fierstein reprised their roles from the original Mulan. The soundtrack also features two additional songs: “Here Beside Me” by Hayley Westenra, and “(I Wanna Be) Like Other Girls” by British pop girl group Atomic Kitten.