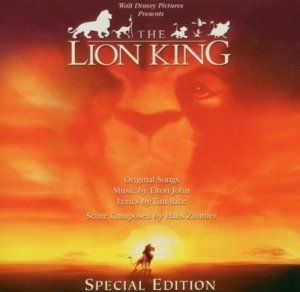 “A collection of all time favorite Disney hits.”

On September 20, 2004, the compilation album Disney Magic was released through Walt Disney Records. The album features pop versions of classic Disney songs, with several of these songs featured during the end credits of modern Disney animated features. Artists range from Phil Collins, to Louis Armstrong, to Julie Andrews. The 44 songs are split over two discs.

“Feed the birds, that’s what she cries, while overhead her birds fill the skies.”

On August 26, 2014, the second entry in Walt Disney Records’ Legacy Collection, featuring the music from the Disney live-action feature film Mary Poppins, was released. This release was done to coincide with the film’s 50th anniversary, and featured three discs: disc one features the full soundtrack from the film, disc two is a combination of demos by the Sherman Brothers and “Lost Chords,” and disc three features recordings of story meetings and reminiscing on the making of the film. The release also comes with a 20-page booklet with liner notes. The release also features artwork by visual development artist Lorelay Bove.

August 16, 2005 – The Valiant Soundtrack is Released Through Walt Disney Records

“She had a tear in the corner of her eye as he said his last goodbye.”

On August 16, 2005, the soundtrack for the animated feature film Valiant was released through Walt Disney Records. The film was produced by Vanguard Animation, Ealing Studios, and Odyssey Entertainment, and distributed by Walt Disney Pictures in the United States. The soundtrack mostly featured the score by composer George Fenton, but also featured a cover of the song “Shoo Shoo Baby” by the British R&B group Mis-Teeq.

“Can you paint with all the colors of the wind?”

On August 7, 2015, the eleventh entry in Walt Disney Records’ Legacy Collection, featuring the music from the Disney animated feature film Pocahontas, was released. This release was done to coincide with the film’s 20th anniversary, and featured two discs: disc one featured the official score and songs from the film; disc two featured demos, songs cut from the film, and the pop versions of “If I Never Knew You” and “Colors of the Wind.” As with the other Legacy Collection releases, the album comes with special art and liner notes about the film and its soundtrack.

August 6, 2013 – The Soundtrack to the Animated Feature Planes is Released Through Walt Disney Records

“If a postal truck can plow the snow, then a crop duster can race.”

On August 6, 2013, the soundtrack for the Disney animated feature Planes was released through Walt Disney Records. The soundtrack featured a score by Mark Mancina, as well as five songs: “Nothing Can Stop Me Now” by Mark Holman, “You Don’t Stop – NYC” by Chris Classic and Alana D,  “Fly” by Jon Stevens, “Love Machine” by Carlos Alazraqui and Antonio Sol, and “Ein Crop Duster Can Race” by Dave Wittenberg.

July 23, 2002 – The Soundtrack for The Country Bears is Released Through Walt Disney Records 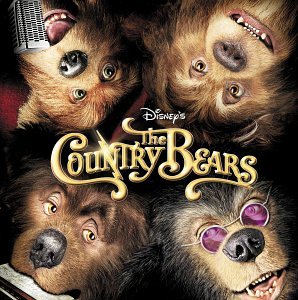 On July 23, 2002, the soundtrack for the live-action, attraction-based film The Country Bears was released through Walt Disney Records. The soundtrack is a combination of the film score by Christopher Young, as well as songs by artists such as Brian Setzer, Krystal Harris, Elton John, John Hiatt, and Jennifer Paige.

“And as the years go by our friendship will never die, you’re gonna see it’s our destiny, you’ve got a friend in me.”

On July 10, 2015, the tenth entry in Walt Disney Records’ Legacy Collection, featuring the music from the Pixar animated feature Toy Story, was released. This two-disc album was released to celebrate the film’s 20th anniversary; the first disc featured the entire score and songs from the film, while the second disc featured demos, instrumental versions of the songs, and a special thank you to the orchestra. The release also features special art honoring the film, as well as liner notes explaining the score and songs.

July 5, 1994 – The Soundtrack for Angels in the Outfield is Released Through Hollywood Records

On July 5, 1994, the soundtrack for the live action feature film Angels in the Outfield was released through Hollywood Records (a part of the Walt Disney Music Group). Composed by Randy Edelman, the soundtrack features a 15-piece score.