“All aboard for a ‘mini’ tour of the fairytale homes and villages made famous in classic Disney animated movies.”

On July 31, 1955, the Fantasyland attraction Casey Jr. Circus Train opened in Disneyland. Based on the train from the animated feature film Dumbo, the attraction takes guests around the Storybook Land area, giving guests a splendid view of scenes from classic Disney animated features. The attraction, while supposed to be available on opening day of Disneyland, was delayed for two weeks due to mechanical problems. Several of the train cars were also taken from the original merry-go-round as it was refashioned as King Arthur Carousel. A version of the attraction was added to Disneyland Paris, known as Le Petit Train du Cirque.

July 30, 1993 – The Indiana Jones and the Temple of Peril Attraction Opens in Disneyland Paris

“Forget finding your friends, you’re going to need all the courage of Indiana Jones to get out alive!”

July 29, 1938 – The Donald and Goofy Short Film The Fox Hunt is Released to Theaters

“Come on out, you big palooka, or I’ll come in after you! What kind of a fox hunt do you think this is?”

On July 29, 1938, the Donald Duck and Goofy short film The Fox Hunt premiered in theaters. It was directed by Ben Sharpsteen, and was the second short in the series starring both characters. The short also features cameos by Mickey, Minnie, Horace Horsecollar, and Clara Cluck.

Early in the morning, the riders head off on their fox hunt, with Donald holding the leashes of the bloodhounds and struggling with keeping them in line. Meanwhile, Goofy is gaily riding his horse until he runs into a tree, finding the fox hiding inside. He alerts Donald, and the chase is on, with the bloodhounds dragging Donald with them helplessly. Donald is thrown from their leashes when he is rammed into a tree, and is trampled by the rest of the riders. Goofy has his own problems when it is revealed that his horse is afraid to jump. Goofy decides to teach his horse how to jump, and is successful, with the horse landing on Goofy’s head. The two start splashing around in the pond on the other side of the hedge. Donald decides to chase after the fox on foot, and corners him into a hole. The fox manages to sneak away and bring Donald into a teasing game of hide and seek. Donald places a large boulder over one of the holes in the ground and blows his trumpet into the other one, thinking it will blow the fox out, but manages to send the boulder flying into the air and landing on Donald’s head. After using a rather ginormous puff of air, Donald is able to push the fox out from underground, and grabs it by the tail. The fox pulls Donald into a log, and Donald announces that he has caught the fox – only to find that in the scuffle, he has a skunk instead. Donald flees as fast as his legs will carry him before he gets sprayed by the miffed skunk.

July 28, 1987 – The Special Computer-Animated Short Film Oilspot and Lipstick is Released at SIGGRAPH

On July 28, 1987, the special short film Oilspot and Lipstick was released at the Special Interest Group on Graphics and Interactive Techniques conference, known as SIGGRAPH. The film was one of Disney’s earliest attempts at computer animation. It featured two dogs made out of junkyard parts, with a junkyard monster threatening the life of the female, Lipstick; she is rescued by the male dog, Oilspot.

July 27, 1989 – The Educational Short Film The United Nations is Released 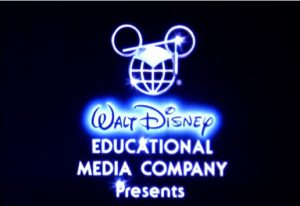 On July 27, 1989, the short educational film The United Nations was released. Part of the Mickey’s Field Trip series, the live action short had Mickey Mouse guide two children through the United Nations, where they meet several guides from various countries. As the children tour the General Assembly, the Security Council, and UNICEF, they learn about world health, the skills behind translating for the delegates, and how to solve conflicts.

“The…Disney Junior Live on Tour show is coming to the stage of a theater near you, and you and your kids won’t want to miss out on the fun!”

On July 26, 2013, the touring live stage show Disney Junior Live on Tour! Pirate & Princess Adventure began its run in Savannah, Georgia. The show featured popular Disney Junior shows Sofia the First and Jake and the Never Land Pirates in a musical spectacular. The show featured special appearances by Disney characters Cinderella and Peter Pan. The show is currently touring around the United States. 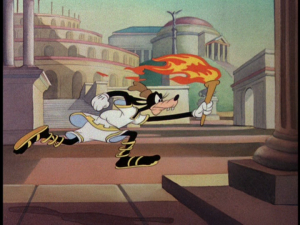 “Two thousand, seven hundred and sixteen years ago, within the shadow of beautiful Mount Olympus in the land of ancient Greece, was born an institution known as the Olympic Games.”

On July 25, 1976, to coincide with the Olympic Games, the special Superstar Goofy premiered on NBC’s The Wonderful World of Disney. The special was a compliation of several Goofy short films, particularly from the “How To” series, including The Art of Skiing, How to Swim, and How to Play Golf. The special was also shown internationally, known as Dingo et Donald Champions Olympiques in France.