May 31, 1998 – The Wildhorse Saloon Opens in Downtown Disney’s Pleasure Island 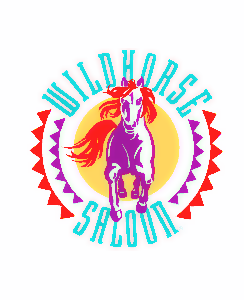 On May 31, 1998, the Wildhorse Saloon opened in Walt Disney World’s Pleasure Island area of Downtown Disney. It was very similar to the original Wildhorse Saloon that opened in Nashville, Tennessee in 1994; the Disney club was a 27,000-square-foot club that featured live entertainment by rising country stars, as well as dancers teaching guests how to line dance. It closed in the summer of 2001, and was replaced with a nightclub called Motion.

May 30, 1947 – The Figaro Short Film Figaro and Frankie is Released to Theaters 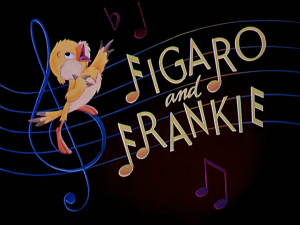 “Figaro, you fiend! You’re terrible! Of all the unspeakable, inhuman, barbaric, dreadful things!”

On May 30, 1947, the Figaro short film Figaro and Frankie was released to theaters. It was the last of the short series of Figaro cartoons, with the first being 1943’s Figaro and Cleo and 1946’s Bath Day. It was directed by Charles Nichols, with story by Eric Gurney and Bill de la Torre.

Frankie the canary is singing in his cage, waking poor Figaro, who is desperately trying to nap. He attacks Frankie’s cage and stops him for a brief moment, but he fights back with birdseed. When Figaro tries to get back at him, Minnie finds the kitten climbing up to the cage and rebukes him. Figaro walks away, but then decides to go after Frankie again and manages to knock over the cage. When Minnie runs in again, she thinks that Figaro has eaten Frankie, and chases him with the broom out of the house. After Minnie rushes Figaro out, it’s revealed that Frankie is indeed alive, and stares out the window, wishing he could fly now that he is free. Unfortunately, Frankie is unable to fly, and nearly falls into Figaro’s mouth, until Figaro is chased away by Butch the bulldog. Butch nearly eats Frankie, and is stuck between being eaten by Figaro and by Butch. Figaro’s conscience tries to convince Figaro to save Frankie, but to not avail, until he hits the cat with his halo. Figaro pushes a potted plant onto Butch’s head, driving the bulldog away. The two manage to make up, and Frankie goes back to annoying Figaro with his singing.

May 29, 1987 – The Fantasyland Store Briar Rose Cottage Opens in Disneyland 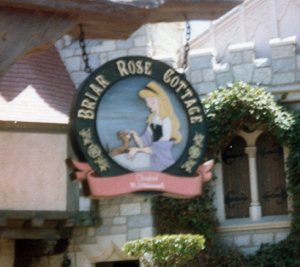 On May 29, 1987, the shop Briar Rose Cottage opened in Disneyland’s Fantasyland. The store replaced Mickey’s Christmas Chalet, and specialized in Disney figures and specialty merchandise. It closed on July 15, 1991, and was replaced by the Disney Villains store.

May 28, 1960 – The Frontierland Attraction Mine Train Through Nature’s Wonderland Opens in Disneyland 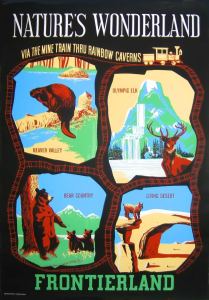 “You know, Nature’s Wonderland is awful pretty, but sometimes she can be a mighty rugged place to live.”

On May 28, 1960, the Frontierland attraction Mine Train Through Nature’s Wonderland opened; it was formerly the Rainbow Caverns Mine Train, which closed in 1959. The attraction took guests through the unexplored wilderness of the West, incorporating the Painted Desert and the Rainbow Caverns of the previous attraction. Over 200 audio-animatronic animals were used in the attraction, as well as tumbling rocks and various plant formations. Walt designed the attraction himself, as he was not pleased with what his designers came up with. The attraction was closed on January 2, 1977, to make room for the Big Thunder Mountain Railroad; the latter has many pieces within the attraction that pay homage to its predecessor.

May 27, 1992 – The Sequoia Lodge Hotel Opens in Disneyland Paris 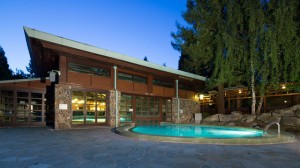 “Relax in this cosy mountain retreat that has the authentic feel of peaceful nights spent around a flickering fireplace.”

On May 27, 1992, the Sequoia Lodge opened in Disneyland Paris. Designed by Antoine Grumbach, it was designed to capture the feel of a rustic wilderness retreat while surrounding Lake Disney. The lodge has several types of rooms, including a standard room, a Montana room, and a Golden Forest Club room. The hotel also includes two places for guests to dine: the Hunter’s Grill and Beaver Creek Tavern, which serves an all-you-can-eat buffet of hearty American fare; and the Redwood Bar and Lounge, where guests can grab a cocktail in front of a roaring fire. The lodge also features a sauna and fitness center, as well as in-hotel shopping at the Boutique: Northwest Passage.

May 26, 1983 – The Epcot Outreach Opens in Epcot’s CommuniCore West 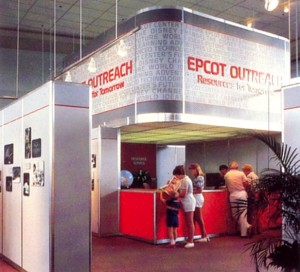 “Opening on May 26, in CommuniCore West, Epcot OutReach will be another innovation in computerized guest service.”

On May 26, 1983, the Epcot Outreach information area opened in the CommuniCore West area of Walt Disney World’s Epcot park. This, along with the Teacher’s Center, gave guests information about all the subjects already presented in Future World and the World Showcase, with information about Epcot itself being the most popular topic queried. The area closed down on July 1, 1994, when Innoventions opened; it then moved to the new Epcot Discovery Center. 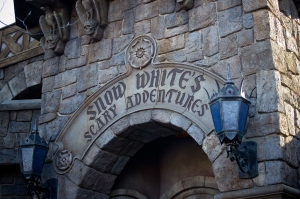 “Follow the path of Snow White as she flees into the dark and sinister forest to avoid the wrath of the evil Queen.” 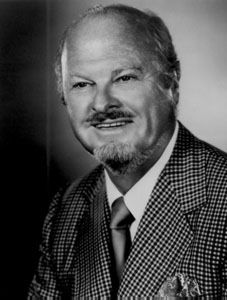 “My father had the notion that business should be fun. He had more fun with the Disneyland Hotel than with any other investment.” – Chris Wrather

On May 24, 1918, John Devereaux Wrather was born in Amarillo, Texas. A millionaire through his work in the oil industry, as well as through the expansion of his father’s company Wrather Petroleum Company, he headed to Hollywood after serving as a Marine during World War II. Wrather became a successful producer for several studios, diversifying his company into other entertainment mediums, including music and television. In 1954, Wrather reached a deal with Walt Disney to build a hotel near the Disneyland Park, which would become the Disneyland Hotel. The hotel broke ground mid-March of 1955, and was completed six-and-a-half months later. The hotel was groundbreaking as a new mix of entertainment and lodging, and continued to grow with the changing landscape of Orange County. Wrather’s contribution to the Disney Park set the standard for other Disney hotels. Wrather passed away in 1984 at the age of 66. He was honored as a Disney Legend in 2011.

May 23, 2013 – The Premiere Event of Mickey and the Magical Map Takes Place 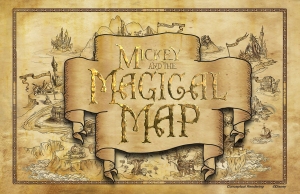 “Join Mickey for a live musical show that takes you to exciting worlds of imagination!”

On May 23, 2013, the premiere event of the new Fantasyland Theater show Mickey and the Magical Map took place in Disneyland. This special showing of the new live-action show was for invited guests and members of the media, with the premiere for the public taking place on May 25th. Almost two-years in the making, the show stars Mickey Mouse, wishing to become one of Yen Sid’s mapmakers, who takes guests through several lands of imagination, including the Adventure Islands, Dream Village, Celebration Peaks, and Friendship Woods, occupied with several favorite Disney characters such as Pocahontas, Tiana, and Mulan. The show takes place in the revamped Fantasyland Theater, which is now equipped with technical upgrades including LED screens and special effects. For this show, over 50 singers and dancers were chosen from over 900 performers. The map, made of six sections weighing at over 9,000 pounds each, uses over a million pixels for the images of each magical land.

May 22, 1998 – The Tomorrowland Attraction Rocket Rods Opens in Disneyland 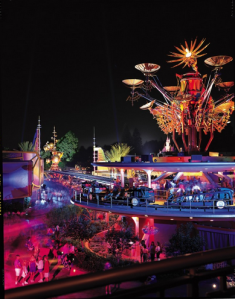 “We had a beautiful show designed for [Rocket Rods], but we weren’t able to do it. It just became a fast ride around the park. If it had the show, it would have been great.” – Imagineer and Disney Legend Tony Baxter

On May 22, 1998, the Tomorrowland attraction Rocket Rods opened in Disneyland, replacing the PeopleMover attraction that closed in 1995. The attraction, designed as a high-speed transit system, had guests travel around in a five-passenger vehicle for a track a mile long, which provided a view of all the attractions of Tomorrowland. Unfortunately, the attraction had many technical challenges, closing several times for mechanical problems and refurbishments. It was officially closed on September 5, 2000.