January 25, 2005 – The Soundtrack to Mulan II is Released Through Walt Disney Records 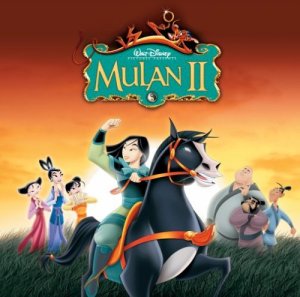 “Just to be free, like other girls get to be!”

On January 25, 2005, the soundtrack to the direct-to-video animated feature Mulan II was released through Walt Disney Records. The soundtrack features the vocals of Lea Salonga, Judy Kuhn, Beth Blankenship, Mandy Gonzales, Gedde Watanabe, Jerry Tondo, and Harvey Fierstein; Salonga, Watanabe, Tondo, and Fierstein reprised their roles from the original Mulan. The soundtrack also features two additional songs: “Here Beside Me” by Hayley Westenra, and “(I Wanna Be) Like Other Girls” by British pop girl group Atomic Kitten.