On July 18, 1978, the Lake Buena Vista Office Plaza opened in Walt Disney World. Also known as the Sun Bank Building and the SunTrust Building, the office was shared by Sun Bank (currently known as SunTrust), which operates the ground floor, and Disney, who keeps their offices on the upper floors. This building was Disney’s attempt to build many office complexes in the Lake Buena Vista area. 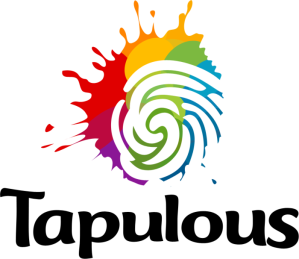 “It definitely is a strategic move and it highlights the importance we put on mobile.” – President of Disney Interactive Group, Steve Wadsworth

On July 1, 2010, Disney announced that they had purchased the mobile game company Tapulous, Inc., creator of the popular Tap Tap Revenge. This decision was made so that Disney could move into the platform for mobile games, particularly in the Silicon Valley area; it was announced that the new subsidiary would remain in Palo Alto. This is the first sort of deal of its kind for the Walt Disney Company, and began Disney’s expansion into other mobile games. 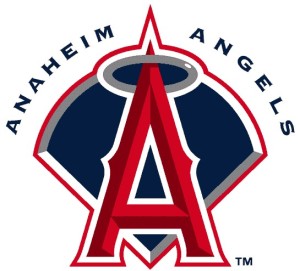 On March 31, 1999, the Walt Disney Company completed its purchase of the California Angels baseball team, following the death of actor Gene Autry. Disney first announced its intentions in buying a stake in the baseball team on May 18, 1995, purchasing about 25% from Autry, who was the owner of the team. Disney finished their acquisition of this stake almost a year later in 1996, and Disney Sports Enterprises became the team’s Managing General Partner. Disney also invested about $100 million in renovating the Anaheim Stadium, which was completed in 1998. Although Disney bought the entire team in 1999, they would eventually sell the team on May 22, 2003. 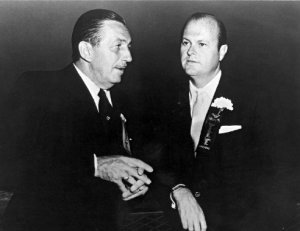 “Disney has great capabilities and will take our properties onto greater heights.” – Bonita Granville Wrather

On January 21, 1988, Disney finished the $152.3 million dollar acquisition process of the Wrather Corporation, which included the acquisition of the Disneyland Hotel. The relationship between The Walt Disney Company and The Wrather Corporation began back in 1955; Walt had realized the need for a hotel near the new theme park, but did not have the funds to create it, and convinced his friend Jack Wrather to build a hotel across the street. The hotel continued to grow through the years, eventually having three towers (originally named the Bonita, Marina, and Sierra). Throughout the years, Disney attempted to purchase the hotel, as it was seen as awkward that Disney did not own something with its name attached. When the deal was finalized in 1988, Disney not only acquired the hotel, but acres of land for potential expansion, and the lease to operate the RMS Queen Mary in Long Beach, California

On January 12, 1999, the internet portal site GO Network was launched in a joint production between Disney and Infoseek. The GO Network offered a variety of services, including chat rooms, search engines, email, and a news service. In November of that year, Disney presented a deal to, and was approved by, stakeholders to spinoff the Go Network with GO.com, and purchased Infoseek (which would merge with the Buena Vista Internet Group. On November 18, the first shares of GO.com began trading on the New York Stock Exchange. In 2001, Disney announced that GO.com would be closing, including all the offshoot directories and the stock tracker.

December 10, 1992 – The NHL Awards a Franchise to the Walt Disney Company

“The Walt Disney Co. is betting that the NHL has recovered from a period of spotty popularity to emerge as the professional sport with the best investment potential, especially in regards to international expansion.”

On December 10, 1992, the NHL officially awarded a new franchise to the Walt Disney Company, which was part of a larger expansion detail that also gave a team to South Florida (which would become the Florida Panthers). The team awarded to Disney became the Mighty Ducks, named after the surprise hit film The Mighty Ducks. The team began to play during the 1993-1994 season. The team played their first game on September 18, 1993. Disney would end up selling the Mighty Ducks in 2005, with the sale final on June 20, 2005.

On December 2, 1988, The Walt Disney Company finished their acquisition of the Los Angeles-based television station KHJ. The station, originally owned by RKO, had been made available due to corporate issues; Disney had to purchase the license from Fidelity Television, while purchasing the intellectual property from RKO. Once Disney purchased the station, the call letters were changed to KCAL, and was eventually changed to K-CAL 9 in the mid-90s. The station ran Disney’s syndicated animated series, such as the lineup of the Disney Afternoon, as well as investing in other family-oriented series. Disney would eventually sell K-CAL 9 to CBS on February 14, 2002.

“Baseball is already very family oriented, but I’m sure what we would do is build on what Gene Autry has already achieved in the last three decades.” – John Dreyer, Disney Spokesman

On May 18, 1995, The Walt Disney Company announced that it had agreed to purchase a 25% interest in the California Angels baseball team from owners Gene and Jackie Autry, with the option to buy the other 75% at a later date. The team had been up for sale for over a year at this point, and although Disney declined to give details on the purchase, industry experts estimated that the cost of the purchase was about $30 million. This was Disney’s second franchise purchase, with the first being the Mighty Ducks in 1992. Disney would eventually purchase the rest of the team on May 15, 1996, after Autry’s passing.

“…although Celebrity Center is a small part of the Disney enterprises it received a large share of [Disney’s] attention.” – Rocky Mountain News

On March 29, 1979, the Walt Disney Company sold the Celebrity Sports Center to the group of Griffin, Leavitt, and the Writer Brothers for an undisclosed sum. Located in Denver, Colorado, the center was opened in 1960, funded by several celebrity investors, including Walt Disney. The area was built to be a “huge play center,” featuring entertainments including bowling and swimming. After Disney’s death in 1966, the purpose of the center changed to that of a training ground for Walt Disney World employees. When it was sold, it was well known that Disney wasn’t sure what to do with the property, though it had been financially successful for the company. The area was closed entirely on June 15, 1994.

On March 24, 2014, the Walt Disney Company announced that it had completed a deal to acquire the YouTube-based video supplier Maker Studios for $500 million. The acquisition deal also includes a stipulation that Disney would pay an additional $450 million if the aggressive growth targets are met. Disney’s acquisition was mainly about expanding its distribution and programming channels, as Maker manages over 50,000 YouTube channels, including Epic Rap Battles of History and PewDiePew. There were concerns over the acquisition, as analysts believe that Maker operates in the red due to its proceeds coming from ads across their channels. However, Disney will operate the studio under the financial area of the company until it is ready to serve the other business units.