On December 3, 2002, the second wave of DVDs in the Walt Disney Treasures line was released. This wave featured more of the Disney classic characters, beginning with Mickey Mouse in Black and White, which featured Mickey’s earliest short films, including Steamboat Willie; The Complete Goofy, featuring a biography of the original voice actor, Pinto Colvig; and Behind the Scenes at the Walt Disney Studios, which gives die-hard fans a look at classic marketing material, as well as a copy of the film The Reluctant Dragon, starring Robert Benchley. 125,000 sets of each 2-disc collection were released.

“I’ve been dreaming of a true love’s kiss…”

On November 21, 2007, actress Amy Adams and Chairman of the Walt Disney Studios Richard Cook were asked to ring the closing bell of the New York Stock Exchange. Both were invited to promote the newest Disney feature Enchanted, opening the same day and starring Adams as Giselle, a fairytale character that finds herself in Manhattan. Adams and Cook spent time before the bell taking pictures and talking with traders on the floor.

“Grace was quite a professional lady. She was class.” – Bob Broughton, Supervisor of Special Photographic Effects

On January 1, 1904, Grace Bailey Turner was born as Elizabeth Grace Randall, in Willoughby, Ohio. Bailey’s life was steeped in animation, as she began working for the Out of the Inkwell series for Max Fleischer after graduating from the Cleveland School of Art. In 1930, she moved from New York to Southern California, and applied for a job at the Disney Studios in 1932; she scored a position in the Ink and Paint department. The Ink and Paint department was highly important when it came to an animated film: inking could take about 12 months to learn properly, and one had to be very precise to preserve not only the animator’s original drawing, but also the emotion the animator wished to invoke. Bailey quickly rose through the ranks, from painting supervisor all the way up to the head of the Ink and Paint Department. After the success of Flowers and Trees, Disney’s first Technicolor animated short, Turner was tasked with the important duty of expanding the studio’s catalog of colors; a dramatized version of this process can be found in the Disney film The Reluctant Dragon during the tour of the Ink and Paint studio scene. After forty years at the Disney Studios, Bailey retired in 1972; she passed away on August 23, 1983. She was posthumously inducted as a Disney Legend in 2000.

December 27, 1937 – Walt Disney Appears on the Cover of Time Magazine

“We’re businessmen. Walt Disney’s an artist. With us, the idea with shorts is to hit ‘em and run. With us, Disney is more of a Rembrandt.” – Leon Schlesinger

On December 27, 1937, Walt Disney made his first appearance on the cover of Time Magazine. This would be one of two covers featuring Walt, with the second being on December 27, 1954, exactly seventeen years later. Printed nearly a week after the release of the first full-length animated feature Snow White and the Seven Dwarfs, the article talks about the history of the Disney studios leading up to the film’s release, as well as the process of creating a full-length animated feature. 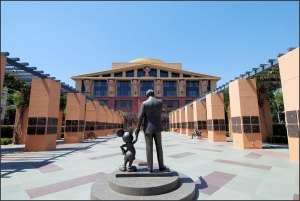 “Any mechanical things you had to do, what you said was, ‘Call Roger, he’ll know how to fix it.’ Without [Roger Broggie], Disneyland wouldn’t have happened.” – Michael Eisner, then CEO of the Walt Disney Company

On October 18, 1990, the new 1990 class of Disney Legends were inducted at the special ceremony at the Disney Legends Promenade. Among those inducted were Roger Broggie (Imagineering), Joe Fowler (Attractions), John Hench (Animation and Imagineering), Richard Irvine (Imagineering), Herb Ryman (Imagineering), and Richard and Robert Sherman (Music). Irvine and Ryman were the only ones awarded posthumously; since the ceremony, Broggie, Fowler, Hench, and Robert Sherman have passed away. Broggie was known as Disney’s original Imagineer, beginning work in 1939 at the company as a precision machinist. Fowler, a retired ship builder, was invited personally by Walt Disney to lead construction of Disneyland. Hench began at Disney as a sketch artist in 1939, and moved to the Imagineering department in 1954; he was also awarded an Academy Award for his special effects work on the live-action film 20,000 Leagues Under the Sea, and was Mickey Mouse’s official portrait artist. Irvine helped create what is now known as Walt Disney Imagineering, creating leading a team of Imagineers to create Disneyland. Ryman created the preliminary sketches of the park, and was able to turn Walt Disney’s ideas into drawings from which the Imagineers could work. The Sherman Brothers were well known for creating some of the most memorable songs for Disney films, and are best known for their work on the classic film Mary Poppins. 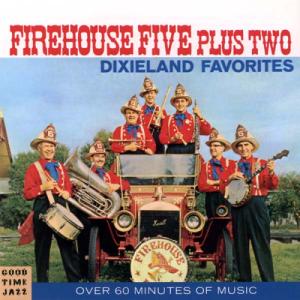 “…the Firehouse Five Plus Two made up in spirit for what they generally lacked in originality.”

August 2, 2001 – Stage 2 of the Walt Disney Studios is Dedicated as the Julie Andrews Stage

“I’m so pleased to be here today as we honor Julie, our great friend and family member, in a very special way.” – Roy E. Disney

On August 2, 2001, Stage 2 of the Walt Disney Studios was dedicated as the Julie Andrews Stage in a special ceremony. The stage itself, opening in April of 1949, is the second oldest stage on the studio lot, and one of the largest in the Los Angeles area. It has served many purposes, from filming of The Mickey Mouse Club, to hosting the building of Disneyland attractions. Two of Andrews’ films were filmed on this stage: Mary Poppins and The Princess Diaries. Attending the ceremony to honor Andrews were Roy Disney, Chairman of the Walt Disney Motion Pictures Group Richard Cook, director of The Princess Diaries Gary Marshall and its star Anne Hathaway, Dick Van Dyke, and Richard Sherman of the Sherman Brothers songwriting team.

July 5, 2012 – The Treasures of the Walt Disney Archives Exhibit Opens at the Ronald Reagan Presidential Library

“We are deeply honored to share this exhibit with the Ronald Reagan Presidential Library and the countless visitors who can now explore and appreciate the legacies of both extraordinary men.” – Bob Iger, Chairman and CEO of the Walt Disney Company

On July 5, 2012, the Treasures of the Walt Disney Archives exhibit opened at the Ronald Reagan Presidential Library in Simi Valley, California. Presented by D23, it is the largest Disney Archives exhibit in the world, comprising of more than 500 artifacts, with some being presented to the public for the first time. The collection ranges from the earliest days of the Oswald the Lucky Rabbit shorts, to the latest films from Disney’s acquisition of Marvel Comics. A section was also dedicated to the friendship between Reagan and Walt Disney, including letters of correspondence, as well as a letter from Reagan to the Postmaster General requesting the creation of a special Walt Disney stamp. On hand for the opening day ceremony for this exhibit were Bob Iger; Nancy Reagan, widow of former president Ronald Reagan; David Ferriero, Archivist of the United States; Fredrick J. Ryan, Chairman of the Board of Trustees for the Ronald Reagan Presidential Foundation; and Mickey and Minnie Mouse. A special performance was done by the Voices of Liberty, an acapella group that performs at the American Adventure in Walt Disney World’s Epcot.

“I think there was always a gentle sweetness to Joe and his work. There’s a gentility in everything he touched. But there’s also a great sophistication. He was one of the truly great craftsmen of our art, but he always saw his craft as a way to communicate ideas.” – Roy E. Disney

On May 15, 1908, Joe Grant was born in New York City. After attending the Chouinard Art Institute, he joined the Walt Disney Studios in 1933 as a character designer and a story artist, and his first assignment was the Mickey Mouse short film Mickey’s Gala Premiere. He also designed the look of the Queen and the Wicked Witch for Disney’s first feature film, Snow White and the Seven Dwarfs. The Character Model Department was created around this time, with Grant as the head, working out ideas for stories and characters through model sheets and three-dimension figures known as maquettes. Grant was also known for his work with partner Dick Huemer, working on story direction for Fantasia, and screen story for Dumbo. During World War II, Grant worked on story ideas and designs for several shorts, including Reason and Emotion, and Der Fuehrer’s Face. In 1949, Grant left the studio, due to the disbandment of the Character Model Department, and opened a ceramics studio and a greeting card company.

Almost forty years after leaving Disney, Grant received a call from the Animation Department, asking him to consult on Beauty and the Beast, and was credited for visual development on the final film. Grant then rejoined the studio as a story advisor for Pocahontas, The Hunchback of Notre Dame, and Home on the Range. Grant also contributed to the Pixar film Monsters, Inc., coining the title for the film. He was named a Disney Legend in 1992, and has been awarded a special career achievement award by the Los Angeles Film Critics Association. Grant passed away on May 6, 2005, at the age of 96.

May 2, 2009 – John Lasseter is Awarded an Honorary Doctorate from Pepperdine University

“Never let anyone kill your dreams.”

On May 2, 2009, John Lasseter, Chief Creative Officer of Walt Disney Studios and Pixar Animation Studios, gave the commencement address at the Frank R. Seaver College of Letters, Arts, and Sciences at Pepperdine University, in Malibu, California. Lasseter was also presented an Honorary Doctorate degree for his work in the field of computer animation. Lasseter had started his education there, as it was the alma mater of his parents and siblings, but transferred to the California Institute of the Arts to pursue his dream of becoming an animator. In his speech, he encouraged the almost 500 graduates to never let anyone destroy their dreams.