“These assets are a perfect fit for our company. We paid approximately for a rare asset.” – Disney CEO Michael Eisner

On October 24, 2001, Disney completed the acquisition of Fox Family Worldwide, which they bought for $5.3 billion from News Corp. and Haim Saban. The announcement of the planned acquisition was presented by media outlets on July 23, 2001. The acquisition included several channels, such as Fox Family Channel and Fox Kids (rebranded as ABC Family and Jetix, respectfully). Upon the announcement of the acquisition, Disney began to shift content from ABC and other Disney broadcast channels to ABC Family, giving the channel enough programming to start off well. 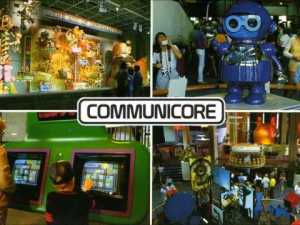 On October 23, 1982, the Sunshine Terrace Restaurant opened in Epcot’s Communicore West area. This quick service restaurant closed in May, 1994, and became the Pasta Piazza Risorante. The area no longer serves food, and acts as a character greeting spot.

On October 22, 1969, an official contract between WED Enterprises and the Florida Citrus Commission (FCC) was signed, with FCC sponsoring an attraction within the upcoming Florida theme park. The FCC would go on to sponsor the pavilion in Adventureland that housed Walt Disney World’s version of The Enchanted Tiki Room, known as The Tropical Serenade, as well as the Sunshine Tree Terrace. To help advertise the deal, WED Enterprises created a mascot for the area known as the Orange Bird, which was also used by FCC to promote Florida citrus.

“Enjoy a genuine Irish meal, complete with its own unique twists and a dash of Celtic creativity.”

On October 21, 2005, the Ragland Road Irish Pub and Restaurant opened in Downtown Disney’s Pleasure Island area (both now Disney Springs). The themed restaurant features an Ireland-inspired menu, with dishes such as the “Gnocchi Sea Gnocchi Do,” “Bangers & Booz,” and “Dunbrody Kiss;” the restaurant also features a variety of beers, ranging from domestic to those in the Emerald Isle. Guests are also entertained by Irish dancers every night in the Rhythms of Raglan dance show, along with various singer-songwriters and bands singing on the main stage daily.

“The stuff Legends are made of…” 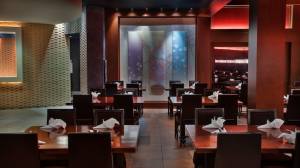 “Be transported into a true cultural experience through the harmony of traditional Japanese food and hospitality.” 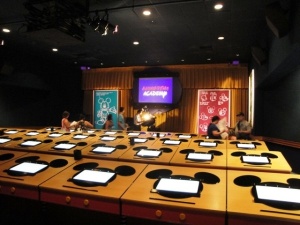 On October 18, 2004, the Animation Academy opened in Disney’s Hollywood Studios in Walt Disney World. This instructor-led animation school was the third version to open, and the second in Walt Disney World (with the first opening in DisneyQuest in Downtown Disney). It was located in the Magic of Disney Animation area, featuring a film about how animation is done, along with some character meet-and-greets of characters not often seen in the park. The area closed on July 13, 2015, to become the Star Wars Launch Bay.