May 27, 1997 – The Soundtrack to Hercules is Released Through Walt Disney Records 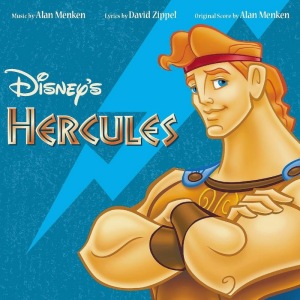 “I will find my way, I can go the distance, I’ll be there someday, if I can be strong.”

On May 27, 1997, the album Hercules: An Original Walt Disney Records Soundtrack was released. The album features music from the animated feature film, written by composer Alan Menken and lyricist David Zippel. Performers on the album include Lillas White, LaChanze, Roz Ryan, Roger Bart, Danny DeVito, Susan Egan, and Michael Bolton singing the pop version of “Go the Distance.” The music for the movie is heavily inspired by gospel and R&B, which fit in well with the idea of the muses telling the story of the hero Hercules. The Michael Bolton version of “Go the Distance” was released as a promotional single for the album. The song would go on to be nominated for an Academy Award for Best Original Song, but lost to “My Heart Will Go On” from Titanic.

On April 10, 1972, the 44th Academy Awards were held at the Dorothy Chandler Pavilion in Los Angeles, California. Nominated for five Academy Awards, the live-action feature Bedknobs and Broomsticks managed to go home with one for Best Visual Effects, beating out the film When Dinosaurs Ruled the Earth by Hammer Films, distributed by Warner Brothers. One of the effects used included the sodium screen vapor process (originally developed by Ub Iwerks), which was used mostly for the flying bed scenes and involved a three-strip Technicolor camera that removed the sodium light by use of a prism. The sodium process has since been replaced by green screens and blue screens, as well as compositing via computers. 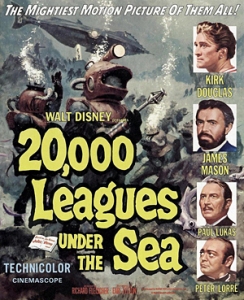 On March 30, 1955, the 27th Academy Awards were held at the RKO Pantages Theatre in Hollywood, California, as well as the NBC Century Theatre in New York City. Nominated for three awards, the live-action feature film 20,000 Leagues Under the Sea manages to walk away with two: Best Art Direction – Color (awarded to John Meehan and Emile Kuri), and Best Special Effects (awarded to John Hench and Joshua Meador). Walt himself managed to win an Academy Award for the Best Documentary Feature for the True-Life Adventure The Vanishing Prairie. 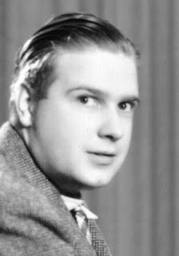 On March 26, 1907, Leigh Harline was born to a large family in Salt Lake City. After majoring in music at the University of Utah, he moved to California in 1928 to work as a composer, conductor, arranger, instrumentalist, singer, and announcer for various radio stations. He joined the Disney Studios in 1932, and quickly set to work writing music for the Silly Symphony series. After acknowledging the innovative ways of using music to tell the story, Walt Disney gave Harline the plum role of scoring the studio’s first full-length animated feature film, Snow White and the Seven Dwarfs, alongside fellow Disney Legend Frank Churchill. Harline and Churchill’s work on the film scored them an Oscar nomination for Best Music and Score. Afterwards, he was asked to work on Pinocchio, which scored him two Oscars: Best Music and Original Score, and Best Song for the classic “When You Wish Upon a Star.” He left in 1941 to work at several other studios as a freelance composer, and racked up eight additional Oscar nominations throughout his career. In the 1960s, Harline added television scoring to his repertoire, scoring for several popular series, such as Daniel Boone, featuring another Disney Legend, Fess Parker. On December 10, 1969, Harline passed away in Long Beach, California. For his work on early Disney shorts, and for creating one of the most iconic songs from the studio, he was inducted as a Disney Legend in 2001.

“In any case, Walt fought his way through all the Oscars in his living room to our stage tonight.”

On March 19, 1953, the 25th Academy Awards were held at the RKO Pantages Theater in Hollywood, California, as well as the NBC International Theater in New York City. It was the first Academy Awards ceremony to be broadcast on television, as well as held on two coasts simultaneously. The short film documentary Water Birds from Disney’s True-Life Adventures series was nominated for, and won, the Academy Award for Best Live Action Short Film, Two-Reel. The short won against the films Bridge of Time, Devil Take Us, and Thar She Blows! This awards ceremony was also special for the added Disney fact that Walt was asked to present the award for the musical categories. 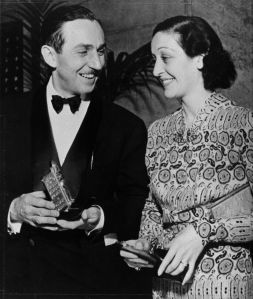 On March 4, 1937, the 9th Academy Awards were held at the Biltmore Hotel in Los Angeles, California. Disney’s Silly Symphony The Country Cousin walked away as the winner for Best Animated Short Film, beating out the likes of Harman-Ising’s The Old Mill Pond and Fleischer Studios Popeye the Sailor Meets Sinbad the Sailor. This was Disney’s fifth win in this category, having dominated since the category’s conception in 1932. 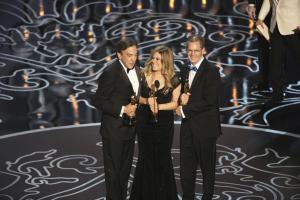 On March 2, 2014, the 86th Academy Awards were held at the Dolby Theater in Los Angeles, California. The animated feature film Frozen won two Academy Awards: one for Best Original Song for “Let it Go” by Kristen Anderson-Lopez and Robert Lopez, and one for Best Animated Feature. This was Disney Animation Studio’s first win in the category since it was established in 2001. Frozen won against The Croods, Despicable Me 2, Ernest & Celestine, and The Wind Rises.

“Finding Nemo would have never been possible if it wasn’t for the extraordinary filmmaking environment created at Pixar Animation Studios by John Lasseter, Ed Catmull, and Steve Jobs.” – Director Andrew Stanton