May 7, 2002 – Four Disney Classics are Released in the Vault Disney Collection 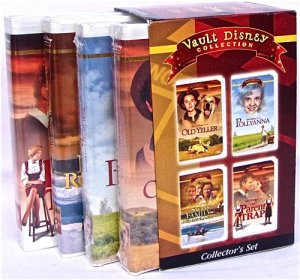 On May 7, 2002, four classic Disney live-action films were released on DVD through the Vault Disney Collection: Swiss Family Robinson, Old Yeller, The Parent Trap, and Pollyanna. Although not the first home video release for these films, this was their first DVD release. Each release comes with a few special features, including a documentary about the film, as well as audio commentary from the surviving actors. 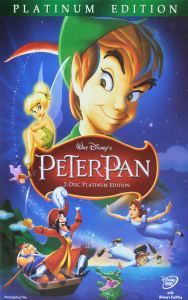 “The second start to the right shines with a light that’s rare, and if it’s Never Land you need it’s light will lead you there.”

On March 6, 2007, the animated feature film Peter Pan was released as part of the Platinum Edition DVD series, a special designation of the most popular Disney animated features. Along with a digitally restored version of the film, there were a multitude of features included on the set, such as a reading of a Walt Disney interview where he explains why he made Peter Pan. Sketches and abandoned concepts were also included on the DVD release. The film was returned to the vault on January 30, 2009.

February 28, 2006 – Lady and the Tramp is Released on 2-Disc Special Edition DVD 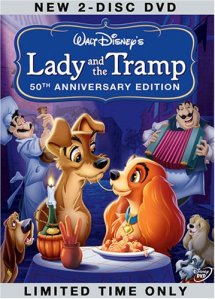 “Walt Disney’s Lady and the Tramp, filled with memorable music and purebred fun, now shines like never before with an all-new digital restoration!”

On February 28, 2006, the animated feature film Lady and the Tramp was released on a 50th anniversary edition two-disc DVD; this marked the film’s first time being released on DVD. This was the sixth release in the Disney Platinum Edition line. The film was digitally restored, and several bonuses were included on the release, including a making-of documentary, the original 1943 storyboard version of the film, deleted sequences, and DVD games made for the release. 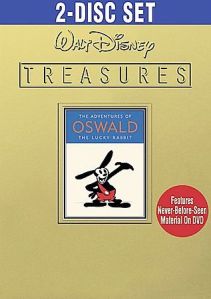 On December 11, 2007, the seventh wave of the Walt Disney Treasures sets was released through Walt Disney Home Entertainment. This wave featured three sets: The Chronological Donald, Volume Three; The Adventures of Oswald the Lucky Rabbit; and Disneyland: Secrets, Stories and Magic. The first set featured Donald Duck’s filmography from 1947 through 1950, including a documentary about the character called “The Many Faces of Donald Duck.” The Oswald set contains all the Oswald cartoons, as of the date of release, that had not been considered lost, and had been remastered; Ozzie of the Mounted, Tall Timber, and Bright Lights were newly rediscovered before the release of the set. The Oswald set also featured three Alice Comedies (known as Before Oswald) and two Mickey Mouse shorts and the Silly Symphony Skeleton Dance (known as After Oswald), as well as the documentary The Hand Behind the Mouse: The Ub Iwerks Story. The last set features a documentary about Disneyland, as well as other specials and tidbits about the Disney Park.

October 9, 2001 – The Platinum Edition of Snow White and the Seven Dwarfs is Released 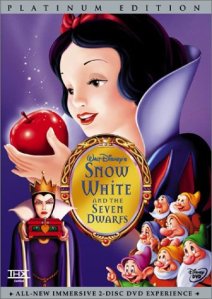 “The One That Started It All”

On October 9, 2001, the newest version of special edition Disney DVDs, known as the Platinum Editions, were released, beginning with Snow White and the Seven Dwarfs. This version of the film came with two discs filled with extras, including a documentary called “Still the Fairest of Them All: The Making of Snow White,” galleries featuring the evolution of character designs, and the newsreel footage of the film’s premiere at the Carthay Circle Theater. The film was restored to the technical height of the early 2000s, and featured audio commentary from historian John Canemaker, along with archival audio from Walt Disney. The release was discontinued on January 31, 2002.

December 4, 2001 – The First Wave of Walt Disney Treasures is Released 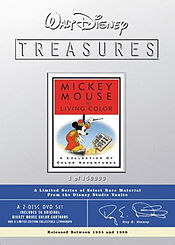 “I came up with this idea originally six years ago and pitched it to (Chairman of the Walt Disney Studios) Dick Cook and he was very amenable to having a meeting.” – Leonard Maltin (as told to UltimateDisney.com)

On December 4, 2001, the first wave of a new series of DVD releases entitled Walt Disney Treasures was released. These limited-edition two-disc sets included short films, Walt Disney anthology segments, and never before seen material across four different sets: Mickey Mouse in Living Color; Silly Symphonies; Disneyland, USA; and Davy Crockett. Only 150,000 copies of each DVD set were released. The idea for the sets came from film critic and historian Leonard Maltin, who also introduces each set, explaining a bit about the content and providing historical context for the pieces that may be controversial. Since its release, there have been nine waves of releases, the last one released in 2009. 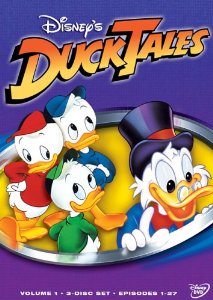 “The world’s wealthiest duck brings his high-flying escapades home to DVD with DuckTales.”

On November, 2005, the first volume of the animated series DuckTales was released on a three-disc DVD set. Each disc contained nine episodes, and the set started with the first episode after the television movie “The Treasure of the Golden Suns.” The series was followed by two more volumes, with Volume 2 released on November 14, 2006, and Volume 3 released on November 13, 2007. 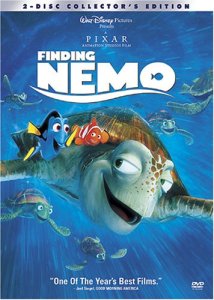 “…a hilarious adventure where you’ll meet colorful characters that take you into the breathtaking underwater world of Australia’s Great Barrier Reef.”

On November 4, 2003, the 2-disc Collector’s Edition version of the animated feature film Finding Nemo was released on DVD. This special edition features a myriad of special features, including a documentaries of the film and Pixar studios, short films, a sneak peek at the next animated feature The Incredibles, and commentary by the makers of the film.

March 10, 2009 – The 70th Anniversary Edition of Pinocchio is Released on Blu-ray and DVD 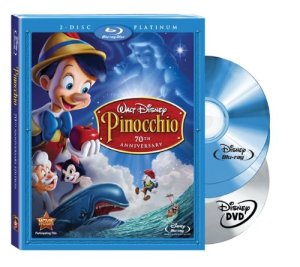 “The legendary masterpiece that inspired millions to believe in their dreams has reawakened with an all new, state of the art digital restoration that shines brilliantly on 2-disc DVD.”

On March 10, 2009, to celebrate the 70th anniversary of the film, the Platinum Edition of Pinocchio was released on Blu-ray and DVD. The film was given a special digital restoration, and the release included several special featurettes, including a behind-the-scenes making of feature, a look at Walt Disney’s artistic review process, and several key pieces of background and concept art. 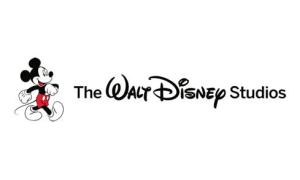 “In every area and on every level, 2006 was an extraordinary year for The Walt Disney Studios.” – Chairman Richard Cook

On December 28, 2006, Disney announced its year end box office gross of $3.26 billion. The year had been a successful one in several areas for Disney, ranging from its box office receipts and records, DVD sales, the Pixar acquisition, hit Disney Channel shows and movies, and its Broadway productions, among other profitable areas. In this report, Disney also claimed the top two box office spots for the year, with Pirates of the Caribbean: Dead Man’s Chest which earned over $1.06 billion, and Pixar’s Cars which grossed $462 million. Disney also had the three best-selling DVDs: Pirates of the Caribbean; Cars; and The Chronicles of Narnia: The Lion, The Witch and the Wardrobe; these releases gave Buena Vista Home Entertainment an industry milestone.