September 25, 2005 – The Premiere of The Greatest Game Ever Played is Held at the El Capitan Theatre 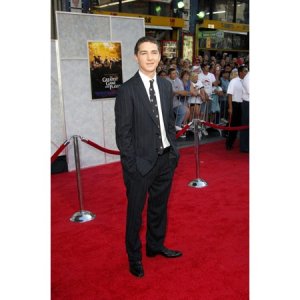 On September 25, 2005, the premiere of the biographical sports film The Greatest Game Ever Played was held at the El Capitan Theatre in Los Angeles, California. On hand for the premiere were actors and staff from the film, including actors Shia LaBeouf, Stephen Dillane, and director Bill Paxton. Also on hand were stars such as Penny Marshall, Rene Russo, and LaBeouf’s Even Stevens costar Christy Carlson Romano. The film was generally released five days later on September 30. 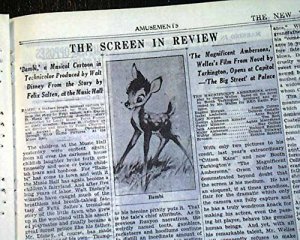 “The children at the Music Hall yesterday were content again; form all over the darkened house childish laughter broke forth continuously and one or twice childish tears and boohoos. For Bambi has come to town and with it the Music Hall has again become a children’s fairyland.”

On August 14, 1942, the day after the animated feature film Bambi premiered at Radio City Music Hall, the New York Times ran its favorable review of the film. The reviewer admired the characters, specifically Thumper and Flower, the colors of the woodland, and the story; however, the reviewer does muse of why Disney has cartoons at all, as “one cannot combine naturalism with cartoon fantasy.” Even with the concern about going too far into realism, the reviewer still notes that, even through his own “churlish exceptions,” many will love Bambi. 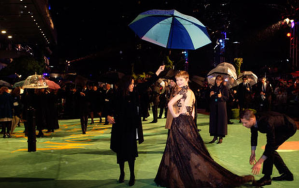 On February 25, 2010, the live action feature film Alice in Wonderland premiered at the Leicester Square Odeon cinema in central London. Though the film cast and fans were greeted by a torrential downpour, many turned out to Leicester Square to see the area transformed into Wonderland, complete with a green carpet (rather than the traditional red). Most of the stars were in attendance, including Mia Wasikowska, Johnny Depp, Anne Hathaway, and Helena Bonham Carter. The Prince of Wales and the Duchess of Cornwall were on hand to see the film and greet the cast; the film also served as a fundraiser for The Prince’s Foundation for Children and the Arts. The film would go on to have its general release on March 5, 2010.

November 19, 2007 – The Film Enchanted Has US Premiere at Ziegfeld Theater in New York City 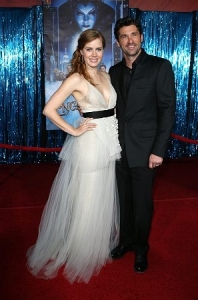 “Enchanted is in many ways an homage to classic Disney films, beginning as an animated tale then turns into a live-action musical.”

On November 19, 2007, the US premiere of the film Enchanted was held at the Ziegfeld Theater in New York City. The film had its world premiere in London, England on October 20; it would be generally released to theaters on November 21, 2007. Attending the premiere were the stars of the film, including Amy Adams, Patrick Dempsey, and Idina Menzel, as well as producer Barry Josephson, singer Carrie Underwood, and Disney CEO Bob Iger and wife Willow Bay. 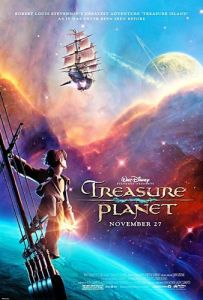 “Everyone should be able to relate to Jim. He’s somebody that can’t figure out these things that are special about him, he can’t figure out how to make it work for him, and I think everyone’s been in that position; I know I have.” – Joseph Gordon-Leavitt, voice of Jim Hawkins in Treasure Planet

On November 17, 2002, 43rd animated feature film Treasure Planet had its world premiere at the Cinerama Dome Theater in Hollywood, California. Those involved with the film attended the premiere, including directors/writers Ron Clements and John Musker, songwriter John Rzeznik, animators Glen Keane and John Ripa, and actors Joseph Gordon-Levitt and David Hyde Pierce. Other celebrities that attended the premiere included Melissa Joan Hart, Daveigh Chase, and John Ripa. The film would go on to be generally released November 27, and was released in regular and IMAX formats simultaneously.

October 13, 1993 – The Nightmare Before Christmas has Initial Release in New York City 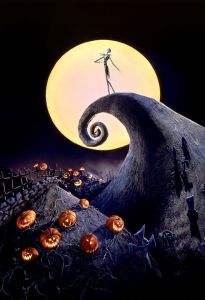 “In this town, we call home, everyone hail to the pumpkin song.”

On October 13, 1993, the Touchstone animated feature The Nightmare Before Christmas premiered in New York City. Based on the poem and associated sketches by filmmaker Tim Burton, the stop-motion animated film was brought to life by director Henry Sellick and composer Danny Elfman. The film would go on to be released nationwide on October 22, 1993. Considered a sleeper hit of 1993 (and becoming the 27th highest-grossing movie of the year), the film went on to be a cult classic, and being released multiple times to theaters, including a special 3D edition in limited release during the fall season.

“We wanted to get the message of the movie out there first, before you start selling it as an ancillary product.” – Disney Feature Animation President Peter Schneider

On June 5, 1998, Disney’s newest animated feature film Mulan premiered at the Hollywood Bowl in California. The premiere had little fanfare compared to past animated features Pocahontas, which premiered in Central Park, and The Hunchback of Notre Dame, which had a parade in New Orleans. The cast of the film, including Ming-Na Wen (voice of Mulan) and George Takei (voice of First Ancestor), as well as pop band 98 Degrees, were on hand for the film premiere.

May 13, 2009 – Pixar’s Feature Film Up Premieres at Cannes Film Festival

“The Cannes film festival gets off to the most sublime flying start tonight with Up, an enchanting animation by Pete Docter from the Disney/Pixar studio, presented in ultra hi-tech digital 3D.” – Peter Bradshaw, The Guardian

On May 13, 2009, the newest Pixar feature film Up held its premiere at the Cannes Film Festival. The film kicked off the festival, and was the first time that an animated feature film kicked off the international film festival. Later within the festival, the character Dug, the talking dog, would win the coveted Palm Dog award, which is awarded to the best performance by a canine in a film, either live or animated.

May 12, 2017 – Pirates of the Caribbean: Dead Men Tell No Tales has World Premiere at Shanghai Disney Resort 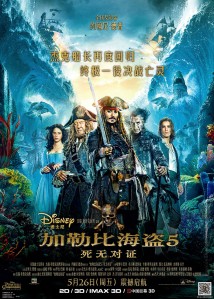 “In the shadow of Disney’s newest theme park that opened last year, hundreds of ‘Pirates’ fans lined up to catch a glimpse of stars Johnny Depp, Orlando Bloom and Javier Bardem ahead of an afternoon viewing.”

On May 12, 2017, the world premiere of the newest film in the Pirates of the Caribbean franchise, Pirates of the Caribbean: Dead Men Tell No Tales, was held at the new Shanghai Disney Resort. This was the first time that a Hollywood film had a premiere in mainland China, and Shanghai Disney was an interesting choice due to the park’s inclusion of Disney’s first pirate-themed park. Hundreds of fans of the films were on hand to celebrate the premiere and to see of the stars of the film, particularly Johnny Depp, Orlando Bloom, and Javier Bardem.

“Make mine music and my heart will sing.”

On April 20, 1946, the 8th animated feature film Make Mind Music premiered in New York City. The film was one of the package films that were released during the wartime period; as resources were diverted to training and propaganda films, making a full-length animated feature was impossible. It was decided that, to make much-needed income for the studio, shorter segments would be made and compiled into a feature film. The film featured what Walt affectionately called “ghost stars,” as the voices in the film were well-known stars who were not seen on film, but usually featured in a narration role. The film was eventually released nationwide on August 15, 1946.