January 8, 2007 – The New Disney.com Portal is Unveiled at the International Consumer Electronics Show 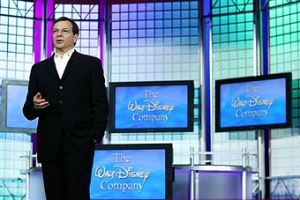 “We are witnessing an explosion of media and Disney is both reaping the benefits of that explosion and acting as a catalyst by taking a technology-friendly approach.”

On January 8, 2007, President and CEO of the Walt Disney Company Bob Iger was on hand at the International Consumer Electronics Show, held in Las Vegas, Nevada, to present several new technological advancements for the company, including the new Disney.com portal. Among the advancements mentioned were the acquisition of Pixar in early2006, the hit ABC show Lost and its distinction as one of the first series offered on iTunes, ESPN’s updated media presentation for Monday Night Football, and virtual games including Pirates of the Caribbean Online. 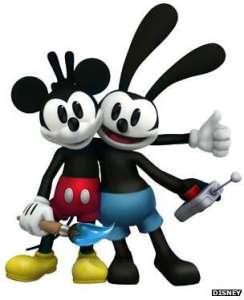 “Oswald is definitely worth more than a fourth-round draft choice. I’m going to be a trivia answer someday.” – Al Michaels

On February 9, 2006, Disney-owned ESPN finalized a trade with NBC-Universal, trading the contract of NFL play-by-play analyst Al Michaels for one of Disney’s earliest popular creations, Oswald the Lucky Rabbit. Oswald, Walt’s first animated character, was lost to producer Charles B. Mintz at Universal in 1928. Mintz not only took all of Walt’s animators, but the character Oswald himself when Walt could not in good conscience accept the terms Mintz offered for a new contract. The trade gave Disney all rights to the earliest Oswald cartoons, as well as creative control of the character. Also included were exclusive rights for ESPN from NBC Sports, which included expanded coverage of the Kentucky Derby, the Olympics, and Notre Dame college football games until 2011 (or 2012 in the case of the Olympics).

“Success is not a formula, but is based on everything else – the creativity, the right people, the right team.”

On March 7, 1942, Michael Dammann Eisner was born in Mount Kisco, New York. Growing up on Park Avenue, Eisner attended the Allen-Stevenson School through ninth grade, followed by the Lawrenceville School through 12th grade. He graduated from Denison University in 1964 with a B.A. in English. After graduation, Eisner briefly worked for NBC and CBS before being brought on at ABC as Assistant to the National Programming Director. He quickly rose through the company, becoming the Senior Vice President for Programming and Development. Barry Diller, who had hired Eisner at ABC, brought Eisner with him to Paramount Pictures and made him President and CEO. Under his leadership, Paramount had a string of successful films, beginning with Saturday Night Fever and including Raiders of the Lost Ark and Grease. After being passed over for the top position when Diller stepped down, Eisner went looking for other opportunities. At this time, Disney was going through some troubles with hostile takeovers, and Roy E. Disney decided to bring Eisner and Frank Wells in as CEO and President, respectfully. Under their tenure, Disney managed to go through a Renaissance period, beginning with the success of The Little Mermaid, along with the acquisition of ABC and ESPN. Eisner continued to grow the Disney Parks stateside, and contributed to the building of what is now known as Disneyland Paris. After Wells’ sudden death in a helicopter crash, Eisner shook up the posts at the studio, with Katzenberg resigning and being replaced with Michael Ovitz. Tension grew between Roy E. Disney and Eisner, and in 2005, Eisner stepped down from his role as CEO and board member, leaving Disney completely. After Disney, Eisner formed The Tornante Company, which acquires and invests in media and entertainment companies.

February 26, 1998 – The All Star Café Opens at Disney’s Wide World of Sports Complex 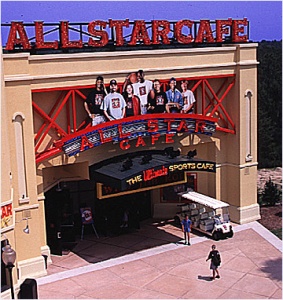 On February 26, 1998, the All Star Café opened at Walt Disney World’s Wide World of Sports Complex, almost a year after the complex opened. It was part of a chain of restaurants developed by Planet Hollywood International and invested in by sports legends, including Andre Agassi, Monica Seles, and Wayne Gretzky. Disney acquired the lease to the Wide World of Sports Complex restaurant in 2000. The franchise itself was not successful, and Disney closed the café in September, 2007. In November of that year, it opened again as the What’s Next Café, before becoming the ESPN Wide World of Sports Grill in 2010.

On July 12, 1998, the first ESPN Zone restaurant opened in Baltimore, Maryland, followed by openings in Chicago, New York, Atlanta, Washington DC, Anaheim, Las Vegas, and Denver. This was Disney’s first major commercial venture outside the theme parks, and was a sports restaurant complex based on the channel ESPN. The restaurant became well-known for its “Ultimate Couch Potato” contest, where customers competed to see who could out-sit each other while watching non-stop sports programming. The Atlanta and Denver restaurants closed in 2009, while the others, save for the one in Anaheim, closed in June, 2010.