December 9, 1985 – Pixar is Incorporated in the State of California 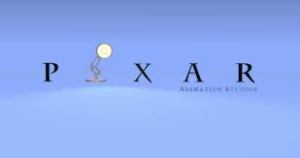 On December 9, 1985, Pixar Animation Studios became incorporated in California. By this point, the company had several successes in computer animation while working for Lucasfilm, including the “Stained Glass Knight” sequence in Young Sherlock Holmes and The Adventures of Andre & Wally B, the first computer animated short film by the studio. In 1986, Steve Jobs completed the purchase of the company from George Lucas and Lucasfilm, officially becoming the independent company Pixar.

May 7, 2010 – The Disney Feature Animation Building is Renamed in Honor of Roy E. Disney

“Nobody appreciated what went on inside the building more than Roy Disney, so that is why we decided to put his name on the top of it.” – Bob Iger, President and CEO of the Walt Disney Company

On May 7, 2010, a special ceremony was held to remember Roy E. Disney as the Disney Feature Animation Building was renamed in his honor. Disney, who was one of the important players in saving Disney Animation in the late 1980s and through the 1990s, tragically passed away on December 16, 2009. The event, hosted by D23, also gave guests the opportunity to view two films with which Disney was heavily involved: the True-Life Fantasy Perri and the Disney animated feature film Fantasia 2000. The event was attended by producer Don Hahn, president and CEO Bob Iger, and Disney’s family. 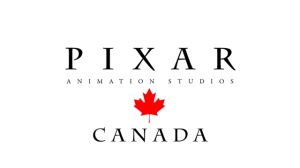 “Located in beautiful Vancouver BC, Pixar Canada’s mission is to produce animated shorts and television specials, featuring characters from Pixar’s prior films.”

On April 20, 2010, the animation studio Pixar Canada opened in Vancouver, British Columbia, Canada. The studio, an offshoot of Pixar Animation Studios in Emeryville, California, was created to focus on Pixar’s short films, including Partysaurus Rex and Small Fry. The idea was to let this studio create the short films that would be packaged with Pixar films, or used in the Disney parks as a way to entertain guests during long wait times. Unfortunately, after only three years, Pixar closed down the studio to focus on its main studio in Emeryville, laying off close to 100 employees. However, Pixar’s interest in opening in Vancouver led to other animation studios setting up their own branch studios there. 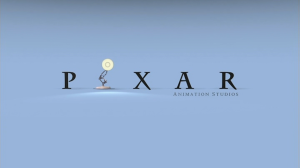 “The best scientists and engineers are just as creative as the best storytellers.” – Steve Jobs

On February 3, 1986, the Pixar Animation Studios was founded by Ed Catmull, Alvy Ray Smith, and Steve Jobs. Its history goes back to 1979, when Ed Catmull was recruited by George Lucas to head Lucasfilm’s new Computer Division. In 1983, after being fired by Disney, Jon Lasseter was brought on to the graphics group of the Computer Division as an “interface designer,” with the goal of having Lasseter bring the group one step closer to the dream of creating a computer animated film. Working together, the group created the short film The Adventures of Andre & Wally B, which was shown at the computer graphics conference SIGGRAPH to critical acclaim for its groundbreaking software developed to create the squash-and-stretch and motion blur techniques. The group also created the Pixar Image Computer, used mostly in government and medical communities (although Disney purchased a number of computers for what would later become the Computer Animation Production System, or CAPS). However, although this software and computer were the most powerful and impressive of their day, Lucas’ interest in the company waned, as he didn’t want to run a company selling software. Catmull and Smith gained Lucas’ blessing to spin off the company and call it Pixar, and found an investor in entrepreneur Steve Jobs, who invested $10 million into the struggling group.

In 1987, Pixar’s short film Luxo Jr. became the first 3D computer animated short film to be nominated for an Academy Award, and the lamp became the symbol of the company; in 1989, Pixar would win an Academy Award for their short film Tin Toy. To keep the company afloat while still working toward their dream, Pixar did commercial work for companies like Tropicana and Trident Gum. Pixar was then able to work on a collaborative effort with Walt Disney Studios, helping develop CAPS further, and Pixar also developed RenderMan, which became an industry standard in computer graphics. Despite all these technical advancements, the company was not able to make a profit, and Jobs contemplated selling it, with Microsoft being one of the potential buyers. Lasseter pitched an idea to the Walt Disney Studios about Pixar creating a 30 minute holiday special based on the award winning short Tin Toy; Disney thought that the short had a potential of being a full-length feature film, and gave Pixar the chance of reaching their dream. The film, Toy Story, became a spectacular success, grossing over $360 million at the box office. Since then, Pixar founded their studio in Emeryville, California, in 2000, and in 2006, was purchased by Disney. Pixar has had an unprecedented string of hits unlike any studio in history, with hit films including a bug’s life, Monsters, Inc., Finding Nemo, The Incredibles, Cars, Ratatouille, WALL-E, Up, and Brave.