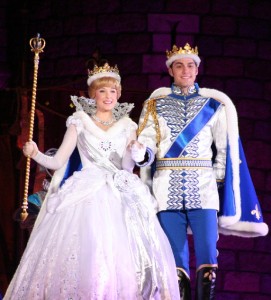 On January 25, 2003, the nighttime show Cinderellabration: Lights of Romance began performing in Tokyo Disneyland. The show was created as part of Tokyo Disneyland’s 20th Anniversary Celebrations, and told the story of how Cinderella was finally crowned as a princess. Many characters made an appearance within the show, including Snow White, Aurora, Belle, and of course, Mickey and Minnie Mouse. After the 20th anniversary celebrations ended, the show became a winter show, starting in 2003, as part of an overall Cinderellabration event that was held until 2008. A daytime version of the show premiered at Walt Disney World’s Magic Kingdom Park on March 17, 2005.

January 19, 2011 – The Nighttime Show The Magic, The Memories, and You! Premieres

On January 19, 2011, the nighttime show The Magic, The Memories, and You! premiered at Walt Disney World’s Magic Kingdom Park. It was announced as part of Disney Parks’ “Let the Memories Begin” campaign. The show featured a kaleidoscope-style visual of Disney characters and scenes broadcast on Cinderella Castle alongside music, special effects, and fireworks. A smaller version of this production was created for Disneyland to be projected on the it’s a small world attraction. It was replaced in November 2012 with the Celebrate the Magic nighttime show.

December 18, 2015 – The Fireworks Show Symphony in the Stars: A Galactic Spectacular Premieres at Disney’s Hollywood Studios 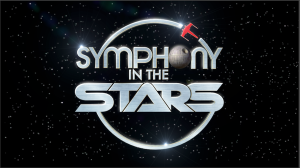 “Conclude your day in a galaxy far, far away with an all-new nighttime spectacular bursting with memorable Star Wars moments.”

On December 18, 2015, the Star Wars­-themed fireworks show Symphony in the Stars: A Galactic Spectacular premiered at Disney’s Hollywood Studios in Walt Disney World. This show accompanies many changes made to the park with adding more Star Wars offerings, including the new Launch Bay and the updated attraction Star Tours. The show itself features the iconic music by John Williams, alongside lasers, pyrotechnics, and projection effects.

“Join us now as the countries of the World Showcase welcome all of you to our world wide family.”

On September 21, 1996, the 25th anniversary edition of the IllumiNations evening fireworks show, titled IllumiNations 25, began its run near the World Showcase of Walt Disney World’s Epcot Park. This version of the show, sponsored by General Electric, featured new music, including the song “Remember the Magic,” which was used as a salute to the World Showcase. This version of the show ran until May 18, 1997; a second version of the 25th celebration show, featuring the classical music from the original show, began May 19, 1997, and ran until January 31, 1998. 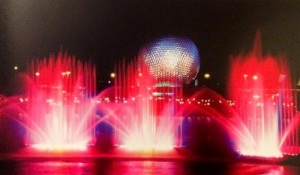 On June 9, the Laserphonic Fantasy light show debuted in Epcot. The show was a precursor to Illuminations, which opened in 1988. Laserphonic Fantasy was an elaborate laser and effects show, featuring the music of composer Don Dorsey, performed in full orchestral. The show took many cues from its predecessor, A New World Fantasy, and was one of the first shows to use lasers on a water-droplet screen. The show did not feature spotlights on specific countries; this addition was made for Illuminations.

On July 5, 2003, the nighttime parade Fantillusion began its run at Disneyland Paris. Based on the parade of the same name from Tokyo Disneyland, the Disneyland Paris version of the parade was presented in three acts: Mickey’s Magical Garden, The Disney Villains, and The Happy Ending. The Paris version of the parade is much smaller than the Tokyo version, using only 15 floats instead of Tokyo’s 31. The parade itself included almost 50 performers a night, along with 400,000 lights and 60 km of cables. The show’s run came to an end on October 31, 2012, and was replaced with The Main Street Electrical Parade.

“Watch images of characters come to life on a veil of mist, while water forms fanciful shapes in time to memorable music.”

On June 11, 2010, the nighttime show World of Color premiered at Disneyland’s California Adventure park. The show takes place at Paradise Bay in the Paradise Pier area, and is an outdoor light and music extravaganza, with over 1,000 fountains shooting enough water to create a 19,000 square-foot screen, where 28 projectors display clips from classic Disney movies. Music plays in time with the projected clips, ranging from all across Disney film history. The show has become immensely popular, and is frequently updated for special events or holidays. Special “Glow with the Show” ear hats are also available for guests to purchase, and the ears glow to match the rhythm of the show.

“A nighttime parade full of lights.”

On June 1, 2001, the Tokyo Disneyland Electrical Parade Dreamlights resumed its run after its original closing on June 21, 1995, which was replaced at the time by Disney’s Fantillusion. The parade is Tokyo Disneyland’s version of the Main Street Electrical Parade, the popular nighttime parade that first started in Disneyland on June 17, 1972. The parade begins near the Haunted Mansion and travels past Cinderella’s Castle; it features several beloved Disney characters, including the Genie, Tinkerbell, and, of course, Mickey Mouse. Several albums of music from the parade have been released in Japan, which usually includes the sound effects and character voices from the show. On rainy nights when this parade is cancelled, a special version called “Nightfall Glow” runs, with Minnie Mouse and Daisy Duck as the hosts of this mini parade. This mini parade starts in Toontown and runs through Westernland and Fantasyland.

May 23, 1997 – The Light Magic Nighttime Show Begins its Run at Disneyland

“…to dream and to believe that those dreams can come true.”

On May 23, 1997, the nighttime street show Light Magic began its run in Disneyland, replacing the Main Street Electrical Parade. Much like its predecessor, Light Magic was a show presented on four floats, each 80 feet long and 11 feet wide, and featured lights, special effects, and, of course, Disney characters. The show began between the “it’s a small world” attraction and the Matterhorn, and made its way down Main Street. It ended its run on September 1, 1997.