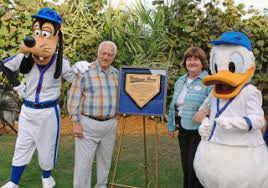 “Disney’s Vero Beach has enjoyed a tremendous relationship with Tommy Lasorda and the Los Angeles Dodgers through the years, and we’re absolutely thrilled to name such a central part of our resort in Mr. Lasorda’s honor.” – Sonya Deese-Byrnes, General Manager of Disney Vacation Club Resorts

On February 18, 2008, a special ceremony was held at Disney’s Vero Beach resort, a Disney Vacation Club resort in Walt Disney World. This ceremony honored former Los Angeles Dodgers’ former manager and Hall of Famer Tommy Lasorda by renaming the recreation field of the resort as Lasorda Field; the Dodgers have used Vero Beach as a training area, with the Dodgertown training complex opening in 1948. Lasorda was on hand at the renaming ceremony to throw out the first pitch on the field, and was joined at the ceremony by several representatives from the Walt Disney Company, the Los Angeles Dodgers, and children from the local Boys & Girls Club. 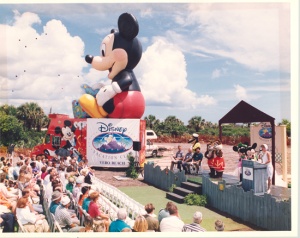 “Relax on warm sand and play in the sparkling blue waters of Disney’s Vero Beach Resort.”

On July 28, 1994, a special groundbreaking ceremony was held for the Disney Vacation Club’s new Vero Beach location. The first Disney resort built outside of Walt Disney World property, Vero Beach resort is located in the Treasure Coast Region; the design and theme of the resort was meant to represent this coastal line. The groundbreaking ceremony featured appearances by Mickey Mouse, Minnie Mouse, and Chip ‘n’ Dale, along with several Disney enthusiasts. The resort eventually opened on October 1, 1995.

On January 19, 2010, Disney announced the new family destination located on the Leeward Coast of O’ahu, officially named Aulani: a Disney Resort and Spa. Aulani, named from the Hawaiian word meaning “the place that speaks with deep messages,” was originally scheduled to have 360 hotels rooms and 481 two-bedroom villas reserved for the Disney Vacation Club, and had an original opening date of fall 2011. The resort would eventually be opened on August 29, 2011, with a grand opening ceremony held on September 23. 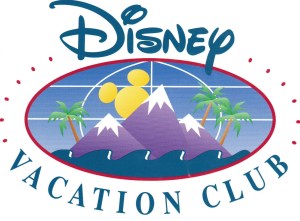 On October 7, 1991, the Disney Vacation Club (DVC) Preview Center opened in Walt Disney World. The plan for the Disney resort inclusive time-share program had been in development since 1990, but with an added Disney twist to make sure that it didn’t attract the same negative attention that came with other time-share programs. To show off the perks of the program, the Preview Center was built, where interested guests could see a short video presentation about the points program before seeing a model of the buildings with a specific DVC Guide. Guests could also be escorted from their resorts to the Preview Center and back in a special DVC tour bus. The initial program provided many free perks to drive up interest, including free passes into the park. The program has since been considered a success, with  13 resorts worldwide part of the program.

“Disney Doorway to Dreams gives us a chance to reach one of the top markets for our rapidly growing membership base and help Roosevelt Field visitors discover the many benefits of becoming a Disney Vacation Club member family.” – DVC President Jim Lewis

On October 17, 2009, the Disney Doorway to Dreams store opened in Long Island, New York at the Roosevelt Field Mall. Similar to the store of the same name in Chicago, the store educated and enticed potential Disney Vacation Club Members, with interactive features for adults and children alike. Information was provided for over 500 vacation locations across the globe, including the Walt Disney World Resort in Florida. The store closed on November 3, 2012.

“Discover a family paradise with a touch of magic at Aulani, a Disney Resort and Spa in Ko Olina, Hawaii.”

On August 29, 2011, the Disney resort and spa Aulani opened in Hawaii’s Oahu’s Ko Olina Resort and Marina. Part of the Disney Vacation Club, guests are able to experience the splendors of Hawaii mixed with Disney magic. The resort is located near beaches and golf resorts of the shore of Oahu, 17 miles from Honolulu, and near Waikiki. The resort itself honors the history and culture of Hawaii, with Imagineers working alongside with locals to create the feel of the design. The resort features 359 hotel rooms and 481 Vacation Club villas, with a spa for adults and a spa for teens, several restaurants, and several activities to enjoy on the island. The grand opening ceremony took place on September 23, 2011. 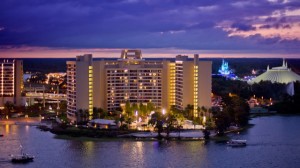