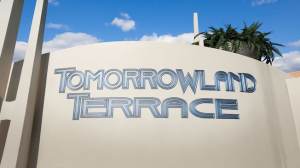 “Grab your dancing shoes and head to the hoppin’est place on earth where you can strut your stuff weekend nights all summer long!”

On July 2, 1967, the dining area Tomorrowland Terrace opened in Disneyland. Not only was it a fast-food facility, the area also had live bands and a dancefloor, with a stage for the bands that could be raised to meet the guests at the restaurant level. Similar versions of this facility were opened in Walt Disney World (which closed in 1994) and Tokyo Disneyland. The Disneyland version closed in June, 2001, and later opened as Club Buzz; it has since reopened in that space with different varieties of bands playing every night.

June 1, 2002 – The Attraction Journey into Imagination with Figment Reopens

On June 1, 2002, the Future World attraction Journey into Imagination reopened in Epcot. It was the first change to the attraction since its total revision in October of 1999. The original attraction opened in 1983, and went through many changes throughout its run, including a replacement of lead character Dreamfinder to Dr. Nigel Channing. The attraction still features the character of Figment, a small purple dragon that helps lead guests through the wild world of imagination. While originally sponsored by Kodak, the sponsorship ended in 2010. 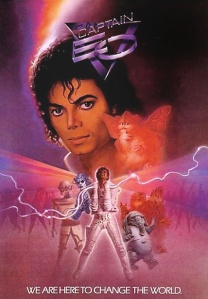 “Today, we are excited to give you an update on the Captain’s return!”

On February 19, 2010, the official reopening date for the Captain EO attraction was announced by Disney Parks, with the official date being February 23, 2010. The film was originally announced in late 2009 to be returning to Disneyland, but with no firm date set; more information about the release was announced in the February update. The film would return to the Tomorrowland Theatre with an updated 70mm print, along with acoustic updates that were made to the theatre since the film’s last showing in 1997.

On December 6, 2012, the popular Epcot attraction Test Track reopened. Closed since April, the newly revamped attraction features a new sponsorship through Chevrolet, along with an emphasis on the creation of a car at the newly designed Chevrolet Design Center. Each car is developed via four testing criteria: capability, responsiveness, efficiency, and power. Guests can then take their cars through the Test Track circuit, racing at a peak speed of 65 mph.

“Savor the finest in Californian cooking, as you take in the sights of Seven Seas Lagoon and Magic Kingdom park.”

On September 9, 2013, the reimagined California Grill opened at the top of Walt Disney World’s Contemporary Resort. The grill, which closed on February 1, 2013, was given a top to bottom overhaul from the menu to the décor. New popular dishes include the Pork Two Ways, the House-Made Charcuterie, and the Hot Banana Fritters. The view from the restaurant also gives diners a spectacular view of the Magic Kingdom fireworks shows.

“Take a bit of inspiration home with you.”

On July 11, 1987, the first incarnation of the Disney Gallery opened in Disneyland, above the Pirates of the Caribbean attraction. The first gallery used the space that was originally conceived as an apartment for Walt and Roy Disney, but after Walt’s death, the idea of the apartment was scrapped. The area was then used as a VIP lounge as well as a planning office for Tokyo Disneyland; the idea to turn it into the gallery was out of necessity to help the traffic flow in front of the Pirates attraction. The gallery contained special park-related artwork and models by the Imagineers for purchase by the public, with new pieces being added all the time. The Disney Gallery closed in 2007, but reopened in a new location on Main Street U.S.A. on October 2, 2009.