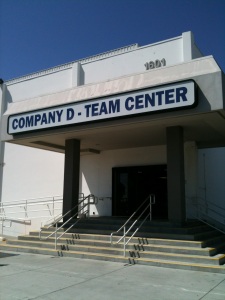 On December 2, 1988, the first cast member store, known as Company D, opened in Disneyland. The store offers deals on Disney merchandise to those with a Disney company badge; they also provide special merchandise created just for cast members, including pins, t-shirts, and watches. Two other Company D stores were opened in Walt Disney World: in the Team Disney Building on June 4, 1991; and in Epcot on April 1, 1992.