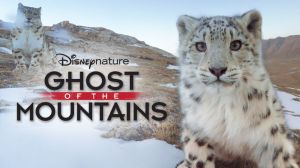 April 20, 2012 – The Disneynature Film Chimpanzee is Released to Theaters

“For Oscar, every day is an adventure.”

On April 20, 2012, the sixth entry in the Disneynature film line, Chimpanzee, was released to theaters. The film follows the story of a young chimpanzee named Oscar who, after his close-knit tribe is attached by a rival gang of chimps, has to fend for himself in the forest. This film was notable for being the first documented footage of chimpanzees committing acts of altruism. The film was directed by Alistair Fothergill and Mark Linfield, and narrated by Tim Allen. Principal photography was done in the jungles of Uganda and the Ivory Coast.

April 16, 2013 – The Disneynature Film Wings of Life is Released on Blu-Ray

“A beautiful love story in danger.”

On April 16, 2013, the fourth Disneynature film Wings of Life was released on Blu-Ray, after a week-long engagement at the Chinese Theater in Hollywood. The film was originally released in France on March 16, 2011, under the title Pollen, and released in the United Kingdom as Hidden Beauty: A Love Story that Feeds the Earth. Produced by Blacklight Films, this French-American film takes a look at pollinators, including bees, butterflies, birds, and bats, and how they keep the ecosystem stable. The film was directed by Louie Schwartzberg, with the American version narrated by Meryl Streep.

“A beautiful love story in danger.”

On April 5, 2013, the fourth Disneynature film, Wings of Life, was released in a one-week engagement at the Chinese Theater in Hollywood, California. Produced by Blacklight Films, this French-American film takes a look at pollinators, including bees, butterflies, birds, and bats, and how they keep the ecosystem stable. This theatrical engagement was a promotional showing before the film was released on Blu-Ray on April 16, 2013. The film also had releases in France (as Pollen) and the United Kingdom (as Hidden Beauty: A Love Story that Feeds the Earth). The film was directed by Louie Schwartzberg, and was narrated by Meryl Streep.

“Have you ever dreamed of discovering an incredible, surprising, and occasionally dangerous world?”

On August 26, 2009, the nature film OceanWorld 3D was released in France. This film was a joint production between Disneynature, 3D Entertainment, and German film distributor Wild Bunch, with Disney handling the distribution of the film throughout the United States and Mexico. OceanWorld 3D was an ambitious project, as it took seven years and over 200 hours of footage across various parts of the ocean, including California’s kelp forests, the Great Barrier Reef, and Argentina’s Peninsula Valdez. This is also the first nature documentary to be filmed and released in 3D. It was written by Jean-Jacques Mantello and Francois Mantello, and directed by Jean-Jeacques Mantello.

April 13, 2012 – The Premiere of the Disneynature Film Chimpanzee is Held in Downtown Disney

“Disneynature joined forces with the Jane Goodall Institute for a special ‘See Chimpanzee, Save Chimpanzees’ program.”

On April 13, 2012, a red carpet world premiere event was held for Disneynature’s newest film Chimpanzee. The world premiere was held at Downtown Disney in Florida’s Walt Disney World Resort, and included guests of all types, including producer Don Hahn, Jane Goodal, and special Disney Channel stars. The event was planned with the Jane Goodall Institute, with Disneynature making a donation through the Disney Worldwide Conservation Fund to the JGI program with every ticket sold for the film in its first week.