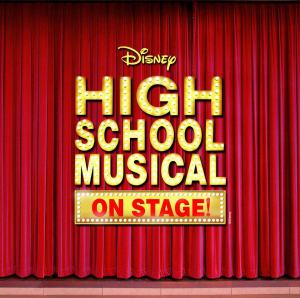 “The breathless optimism of the lyrics is shared by many of the kids who attend Stagedoor Manor summer camp, which mounts 13 productions with 270 kids every three weeks…”

On August 18, 2006, the world premiere of the stage version of the popular Disney Channel Original Movie High School Musical took place at the Stagedoor Manor theater camp. Stagedoor Manor, a well-regarded summer camp with a working relationship with Disney scored the rights to the musical after mounting “junior” productions of Broadway musicals Rent and Aida. 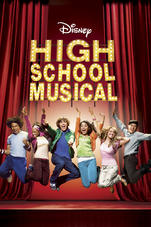 June 22, 2004 – The Special Edition Soundtrack of The Cheetah Girls is Released Through Walt Disney Records

“I don’t wanna be like Cinderella, sitting in a dark, cold, dusty cellar.”

On June 22, 2004, the album The Cheetah Girls – Special Edition Soundtrack was released through Walt Disney Records. This album was an updated version of the original soundtrack, which was released nearly a year prior on August 12, 2003; the special edition features karaoke versions of the movie tracks, as well as remixes of “Cinderella” and “Girl Power.”

“I don’t want to be like Cinderella, sittin’ in a dark cold dusty cellar.”

On July 23, 2003, the promotional single “Cinderella” premiered on Radio Disney. Originally recorded by i5, the song was recorded by The Cheetah Girls to promote the film of the same name. It was eventually released for digital download on August 12, 2003, with the music video premiering on Disney Channel the same day. The song was also featured in the film as the band’s audition song for the talent show. 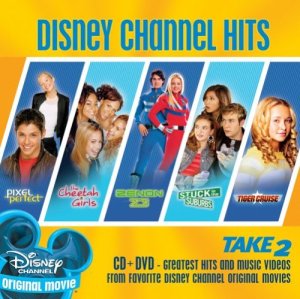 “Our spots are different, different colors. We make each other stronger, that ain’t never gonna change.” 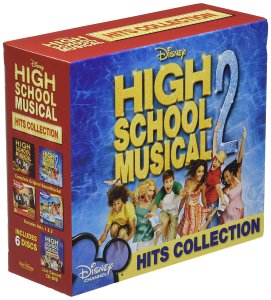 “Limited edition six disc set perfect for the High School Musical lover in all of us!”

On November 20, 2007, the six disc compilation High School Musical Hits Collection was released through Walt Disney Records. It featured the soundtracks for the two High School Musical films of the time, two karaoke albums, and the CD+DVD version of High School Musical: The Concert. The box set was a limited edition, and has been out of print for several years. 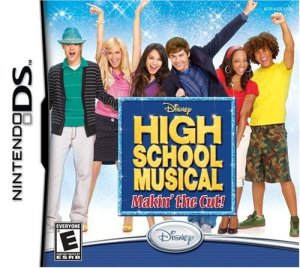 “The worldwide runaway Disney Channel movie hit – “High School Musical” – now comes to the small-screen on the Nintendo DS in an all new game…that takes players across America as they compete in the ultimate musical competition.”

On August 14, 2007, the Nintendo DS game High School Musical: Makin’ the Cut was released. Promoting the Disney Channel Original Movie franchise High School Musical, the game features the cast in a rhythm game setup in the guise of a national music competition. When released, the game had online features that allowed players to compete with friends and show off personal video clips of their dances; this feature has been disabled since May 20, 2014.

October 13, 2000 – The Disney Channel Original Movie Mom’s Got a Date with a Vampire Premieres

“Just cause you read something in the Weekly Secret, doesn’t mean it’s not true.”

On October 13, 2000, the Disney Channel Original Movie Mom’s Got a Date with a Vampire premiered. The story was written by Lindsay Naythons and Robert Keats, and was directed by Steve Boyum. It starred Caroline Rhea as Lynette Hansen, Matthew O’Leary as Adam Hansen, Robert Carradine as Malachi Van Helsing, Laura Vandervoort as Chelsea Hansen, Myles Jeffrey as Taylor Hansen, and Charles Shaughnessy as Dimitri.

The movie begins with a carriage rolling up to a castle, with a vampire exiting with his bride. A man tries to take the bride away, but she is seemingly entranced by the vampire. It is then seen that the scene is from a movie, and siblings Adam and Chelsea Hansen are quibbling over the volume, while younger sibling Taylor hides behind the couch. Adam is obsessed with vampires, with his room covered in magazine clippings and other paraphernalia. His parents are divorced, and his mother Lynette is rather upset to find that not only is her ex-husband getting remarried, her kids already knew. At school, Adam’s friend Duffy reminds him of the upcoming Harvest Festival, where they are going to see their favorite band, The Headless Horsemen. Unfortunately, Adam gets in trouble when he not hasn’t done his homework, but uses a story from a tabloid and presents it to the class. He heads home to find himself grounded the same night of the concert. As Chelsea teases her brother, Lynette grounds her as well.

That night, the two decide to band together to get their mom out of the house on a date and get themselves ungrounded. They scour the personals and find whom they believe is the perfect date and contact him, trying to keep the meeting a surprise from Lynette. What they don’t know, however, is that they’ve set Lynette up with a vampire. They trick Lynette into going to the grocery store, where Chelsea and Adam search the store for their mystery man. Meanwhile Taylor notices that they are being followed by a strange man in a trenchcoat. Lynette bumps his cart into a handsome stranger’s in the store, and the two seem to hit it off. The stranger, named Dimitri, sets up a date with Lynette, while the trenchcoated man heads outside to take a phone call. While Adam, Chelsea, and Lynette are thrilled, Taylor sees Dimitri turn into a bat, and realizes that Dimitri is a vampire. The next day, Taylor asks Adam about vampires, and admits that Dimitri is a vampire, which Adam doesn’t believe.

That night, Dimitri arrives for the date, but Lynette is very nervous about not having dated since her divorce. Alex and Chelsea manage to lift her spirits, and she heads out on her romantic date, though still anxious. Adam and Chelsea get ready to head out for their own plans, while Taylor calls for Malachi Van Helsing, a vampire hunter. Meanwhile, Malachi Van Helsing is on his own hunt for a vampire, who turns out to be Dimitri. Adam and Chelsea hear Taylor leave, and chase after him before Taylor ruins Lynette’s date. They manage to catch him, but Taylor is adamant about catching Dimitri before he turns Lynette into a minion. The kids make a deal that Adam will prove Dimitri is not a vampire, then Taylor will go home and stay quiet. Adam and Taylor confront Dimitri, with Adam trying to prove that Dimitri is not a vampire. Dimitri comes up with a fake test, and he passes, placating Taylor. Unfortunately, the victory is short lived, as Adam realizes that Dimitri has no reflection.

Adam and Chelsea drop Taylor off, when Adam admits the truth to Chelsea, and asks for her help. Chelsea begrudgingly goes with him to save Lynette. Meanwhile, Van Helsing finds Taylor’s house and Taylor welcomes him in, warning him about his siblings pursuing the vampire. Van Helsing then heads out to catch Dimitri. Lynette and Dimitri then head to a club, with Adam and Chelsea in close pursuit. Adam sneaks into the club and tries to break the pair up, but with little success. As Van Helsing is en route, he is startled to find Taylor has stowed away, and has no choice but to let Taylor come along. After all of Adam’s attempts are thwarted, they try and follow after Dimitri, but they lose him. They decide that they should head to the Harvest Festival, with help from Adam’s friend Duffy. When Chelsea finds that Adam traded her for a concert ticket, Chelsea is furious and storms off. Adam apologizes, and the two continue their search for Lynette.

Adam and Chelsea scour the fairgrounds, while Dimitri attempts to make Lynette his permanently. Lynette, however, feels that the two don’t click. When Lynette tries to continue their fun at the fair, Dimitri decides to put Lynette under his spell. Adam manages to stop him, but Dimitri threatens him to the point where Adam gives up. Dimitri takes off with Lynette, while Chelsea is left to boost Adam’s confidence. Chelsea and Adam find Dimitri’s coffin in an old abandoned manor on the outskirts of town, and manage to throw it in the lake before Dimitri finds them. Adam taunts Dimitri, and offers to trade the coffin for Lynette. Unfortunately, Dimitri grabs Chelsea, and Adam has no choice but to trade the coffin for his sister. As Adam faces Dimitri, Van Helsing appears to take on the vampire. Adam and Chelsea try to take Lynette to safety, but she is under his spell. Taylor then appears to help save his mother, and Dimitri is forced to attack Adam and Chelsea. When Adam and Chelsea call out for their mother, Lynette manages to snap out of her trance. With the help of Van Helsing, Dimitri is sealed into his coffin, and the group goes out for breakfast.

“Amigas cheetahs, friends for life, the rhythm and each other, that’s what keeps us tight.”

On August 15, 2006, the soundtrack to the Disney Channel Original Movie The Cheetah Girls 2 was released through Walt Disney Records. The album was a major success compared to its predecessor, debuting and peaking at number five on the Billboard 200, and peaking at number one on the Top Soundtrack Albums chart. The album would go on to be certified platinum by the RIAA after selling over 1.4 million copies. The album also spawned five singles: “The Party’s Just Begun,” “Strut,” “Step Up,” “Amigas Cheetahs,” and “Dance With Me.”

August 14, 2007 – The Soundtrack for High School Musical 2 is Released Through Walt Disney Records

On August 14, 2007, the soundtrack for the Disney Channel Original Movie High School Musical 2 was released through Walt Disney Records. The album peaked at number one on the digital iTunes and Amazon.com charts on its first week of release, and debuted at number one on the Billboard 200, remaining there for four weeks. The album spawned four singles: “What Time is It?,” “I Don’t Dance,” “You Are the Music in Me,” and “Gotta Go My Own Way.” The album continued to chart in various countries, ranging from peak positions of number one to number 21. The album would eventually become the best-selling album of 2007.