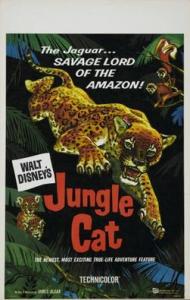 “[The jungle cat’s] secret domain is the scene of our True-Life Adventure, and its predatory habits our theme, for this is the story of the greatest hunter of them all.”

On August 10, 1960, the final True-Life Adventure documentary was generally released to theaters, after having an initial release on December 16, 1959. Directed by James Algar, the film explores the story of the South American jaguar as narrated by Winston Hibler. A pair of jaguars start a family, fight off their natural enemies (such as a crocodile and a boa constrictor), and hunt for food in the South American jungle.