August 11, 1991 – The Television Documentary Queen: The Days of Our Lives Premieres 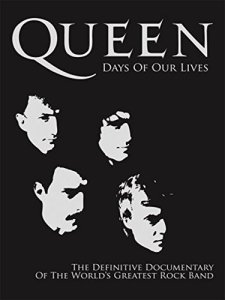 “An informative and sometimes tragic look into the lives of four childhood friends that would come to form the band Queen.”

On August 11, 1991, the television special Queen: The Days of Our Lives premiered on television. Directe by Rudi Dolezal and Hannes Rossacher, and hosted by Guns And Roses front man Axl Rose, the documentary is a 90-minute look at the lives of the band members and how they formed the group Queen. It featured interviews with the members of the band, as well as special concert footage and behind-the-scenes clips. This documentary was especially poignant, as lead singer Freddie Mercury would pass away a few months later on November 24th.