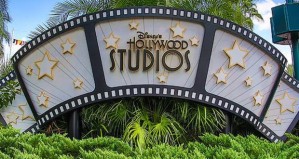 “Disney announced the new name for the Disney-MGM Studios Theme Park at Walt Disney World, and the winner is… Disney’s Hollywood Studios.”

On August 9, 2007, Walt Disney World announced that the Disney-MGM Studios Theme Park would be undergoing a name change to Disney’s Hollywood Studios. The park opened as Disney-MGM Studios on May 1, 1989, and was intended to be a theme park and a working studio. Disney entered a licensing agreement with Metro-Goldwyn-Mayer, but that agreement ended long before the name change, which gave Disney no need to have another studio listed as part of one of their theme parks.