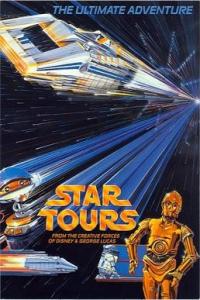 “From the creative forces of Disney and George Lucas.”