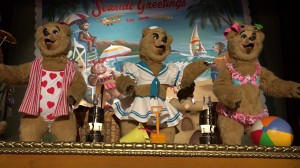 “The Wildest Show in the Wilderness”