February 14, 2004 – John Lasseter is Honored by the Art Directors Guild 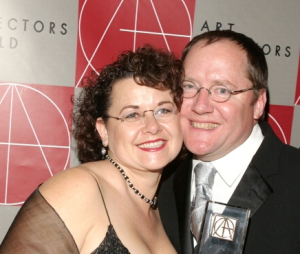 “In 2004, Lasseter was honored by the Art Directors Guild with its prestigious ‘Outstanding Contribution to Cinematic Imagery’…”

On February 14, 2004, the 8th annual Art Directors Guild Awards were held in California. Amongst the winners for best in film and television for 2003, John Lasseter from Pixar was honored by the guild with a special award for “Outstanding Contribution to Cinematic Imagery” thanks to his work in groundbreaking computer animation.