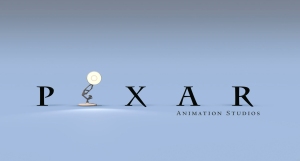 “[David DiFrancesco] recently led our team of scientists in developing PixarVision, which uses solid state lasers to record on multiple film formats with more quality and speed than ever before.” – Ed Catmull

On February 4, 1999, Pixar Animation Studios announced the creation of PixarVision, a new proprietary laser recording system that converts computer animation data onto motion picture film stock. The process was tested on the studio’s second animated feature A Bug’s Life, and was announced to be used on all Pixar animated features, starting with Toy Story 2. The process itself replaces the cathode ray tubes used to create the images that expose the filmstock with laser beams that are carefully controlled. The new process boasts higher quality color reproduction, sharper images, and faster recording. PixarVision, headed up by David DiFrancesco, was awarded by the Academy of Motion Pictures Arts and Sciences with a Scientific and Technical Academy Award on February 27, 1999.