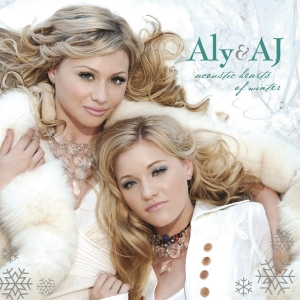 “It’s the greatest time of year, and it’s here, help us celebrate it.”

On September 26, 2006, the second studio album by recording duo Aly & AJ was released through Hollywood Records. The album features cover versions of traditional Christmas carols, as well as two original songs by the duo and song writers Antonina Armato and Tim James. The album fared well on the Billboard charts, with the original song “Greatest Time of Year” being used as the promotional song for the live-action film The Santa Clause 3. It peaked at number 78 on the Billboard 200, and overall sold 110,000 copies.

August 25, 1992 – The Album Free by Mickey Mouse Club Band The Party is Released

“I wanna be free to do whatever I want to, free like a bird in the sky.”

On August 25, 1992, the second studio album by the band The Party was released through Hollywood and Elektra Records. The band was comprised of five members of the Mickey Mouse Club: Albert Fields, Tiffini Hale, Chase Hampton, Deedee Magno, and Damon Pampolina. The album, named Free, had the band working with the likes of record producer Teddy Riley, Dr. Dre, and E-Smooth. The album was more mature in sound and lyrics than the first album, and had two singles: “Free” and “All About Love.” The band promoted the album alongside the band Color Me Badd, as well as on an episode of the hit show Blossom. The album was not as successful as its predecessor, and the group would disband in 1993.

September 19, 2000 – The Fastball Album The Harsh Light of Day is Released Through Hollywood Records

“I’m an island, but you’re an ocean, it’s a stormy sea of love and emotion.”

On September 19, 2000, the alternative band Fastball released their third album and final album for Hollywood Records, The Harsh Light of Day. They’d signed with the label in 1996, but soon left after this album due to poor sales, barely matching their previous album that grossed over 1 million copies. Though the album had poor sales, it gained generally favorable reviews from critics. The main single from the album was the song “You’re an Ocean,” which was featured in an episode of the television show Charmed. The album sold 85,000 copies.

August 7, 2007 – The Album This is Somewhere by Grace Potter and the Nocturnals is Released by Hollywood Records

“But what I love about Disney is that I’ve attached myself to things that I would never have been able to…I had the end credit song in Tangled, which was a total childhood dream come true…because I will always be a Disney kid.” – Lead Singer Grace Potter

On August 7, 2007, the band Grace Potter and the Nocturnals released their first album through the Disney owned label Hollywood Records, titled This is Somewhere. The album received favorable reviews overall, and debuted at 119 on the Billboard Top 200 charts. The band was signed to the label in late 2005. The single “Apologies” was featured in several shows on Disney-owned channels, including Kyle XY (ABC Family) and Brothers & Sisters (ABC); the song “Falling or Flying” was featured on ABC’s Grey’s Anatomy. 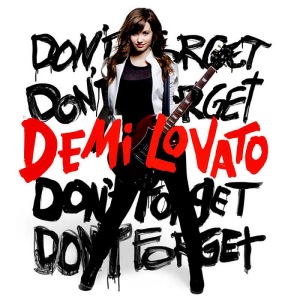 On August 26, 2003, Disney Channel star Hilary Duff released her debut album on Hollywood Records, titled Metamorphosis. Released shortly after leaving her hit show Lizzie McGuire, the album was a way for Duff to reach a more mature audience. At the time, Duff had embarked on a storm of projects as she tried to branch away from her Disney image, which included two feature films, clothing and accessory lines, and several marketing lines. The album was promoted heavily on MTV, especially her first single, “So Yesterday.” Three singles were released to promote the album: “So Yesterday,” “Come Clean,” and “Little Voice,” with the third single only being released in Australia. The album received mixed reviews from critics, as many considered it to be a gimmick for Duff rather than anything substantial. The album debuted at number 2 on the Billboard 200, selling 203,000 copies in its first week of release; it then peaked at number 1 the next week, despite a drop in sales to 131,000 copies. The album eventually sold 5 million copies worldwide. The success of the album gave Hollywood Records a needed boost in its industry and corporate profile, and helped pave the way for other Disney Channel stars releasing albums, as well as launching brands of Hannah Montana and High School Musical. 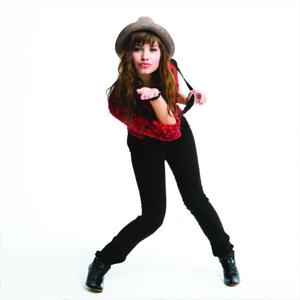 “So kiss me like you mean it, like you miss me, cause I know that you do.”

On August 12, 2008, the first single from the Demi Lovato album Don’t Forget, titled “Get Back,” was released in digital format. It was written by Lovato and the Jonas Brothers, and produced by the Jonas Brothers and John Fields. An edited version of the song for Radio Disney was also released for digital download, and a music video of the single was released on August 22. The single spent six weeks on the Billboard Hot 100 charts, peaking at number 43; the song would also chart on the Canadian Hot 100 (peaking at 93) and the Australian ARIA Hitseekers chart (peaking at 10). The song received positive reviews from critics, with most noting that it sounded like a catchy early ’80s track. 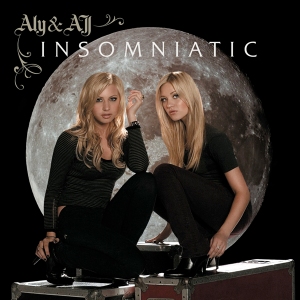 “I am erratic, can’t break the habit, my current status to you I’m insomniatic.”

On July 10, 2007, the third studio album by recording duo Aly & AJ, entitled Insomniatic, was released through Hollywood Records. This would be the last release through the label, and after its release, the duo changed their recording name to 78violet. The name of the album was a word the duo created to describe “a state of mind where one becomes addicted to the deprivation of sleep caused by an epic revelation of joy.” The album had two singles released to promote it: “Potential Breakup Song,” released June 26th; and “Like Whoa,” released January 21, 2008. The album features an electronic rock sound, with many of the songs lyrics featuring heartache and loss. ­The album was well received by critics, and peaked at number 15 on the Billboard Charts, selling over 39,000 albums in the first week.

June 8, 2010 – Grace Potter and the Nocturnals Album is Released Through Hollywood Records

On June 8, 2010, the band Grace Potter and the Nocturnals released their eponymous third studio album through Hollywood Records. This was the band’s first release with two new band members. Originally entitled Medicine, Grace Potter and the Nocturnals would debut at 19 on the Billboard charts, and peak at 3 on the Billboard Top Rock Albums chart. Two singles were released from the album: “Medicine” and “Paris (Ooh La La),” with the latter becoming one of the band’s most recognizable singles. The album received favorable reviews from critics.

On April 3, 2007, actress and singer Hilary Duff’s fourth studio album, titled Dignity, was released through Hollywood Records. The album’s content was based on her life events between the release of her 2004 album and this one, which included a stalker, a breakup with her boyfriend of two years, and her parents’ divorce after 22 years of marriage. This album was also different from her previous albums in that Duff wrote all but one song on the album; before she mainly selected songs and contributed writing to a few.