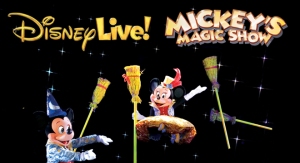 On April 21, 2006, the touring stage production Disney Live! Mickey’s Magic Show premiered in Columbia, South Carolina. This was the second production by Feld Entertainment in conjunction with Disney. The show featured Mickey and Minnie putting on a magic show, which brought forth magic from the most beloved Disney films, such as Aladdin and Fantasia; the underlying theme was finding the magic deep within us. 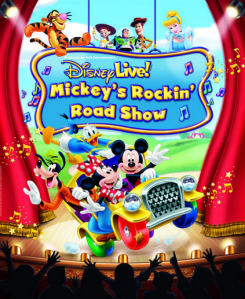 On August 22, 2009, the touring stage production Disney Live! Rockin’ Road Show began its run in Lakeland, Florida. The show was an original story featuring Mickey and his friends as they travel on a bus, gather acts for a talent show. Characters featured in this show include Jessie, Buzz, and Woody from the Toy Story series; Cinderella and her stepsisters; and characters from Winnie the Pooh. This was the fifth show in the Disney Live! series. 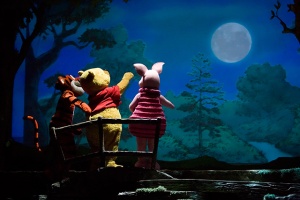 On December 8, 2005, a month-long holiday engagement of Disney Live! Winnie the Pooh kicked off in New York City’s Beacon Theatre. The show, produced by Feld Entertainment, takes audiences deep into the Hundred Acre Wood for an adventure with Winnie the Pooh and his friends, complete with classic songs from the hit animated features. The show featured several Broadway-caliber contributors, including director B T McNicholl, music director David Loud, and Tony-nominated costume designer Gregg Barnes. The 90-minute show ran until December 28. 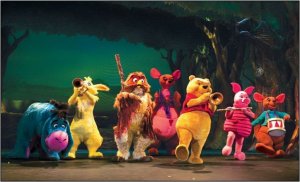 On July 29, 2005, the live-action show Disney Live! Winnie the Pooh kicked off the United States tour with its first show in Fort Lauderdale, Florida. The show featured a storyteller and her “Hunny Helpers” telling stories of the residents of the Hundred Acre Wood, It originally appeared in New Zealand on June 16, 2004.