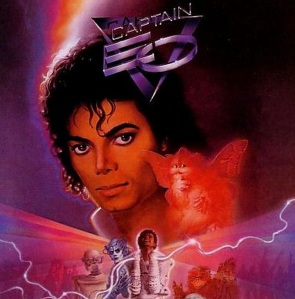 “We are here to change the world.”

On July 2, 2010, in remembrance of pop star Michael Jackson, the 3D musical film Captain EO returned to Epcot for a limited engagement, running until December 6, 2015. This was the film’s first return to Epcot after closing on July 6, 1994. It was directed by Francis Ford Coppola, written by Rusty Lemorande, and executively produced by George Lucas. It starred Michael Jackson as Captain EO, Anjelica Huston as the Supreme Leader, and Dick Shawn as Commander Bog.