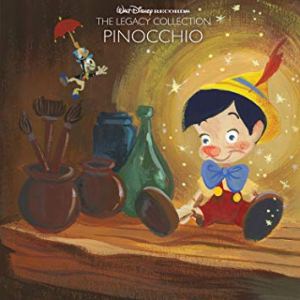 “I had strings but now I’m free, there are no strings on me!”

On February 10, 2015, the sixth entry into Walt Disney Records’ Legacy Collection, featuring the music of Pinocchio, was released. This two-disc edition, released to coincide with the animated feature film’s 75th anniversary, featured the film’s full soundtrack, as well as three recordings of songs cut from the film, and five songs sung by Cliff Edwards (playing Jiminy Cricket) featured in The Mickey Mouse Club television series.