November 13, 1940 – Fantasia Has World Premiere at the Broadway Theater 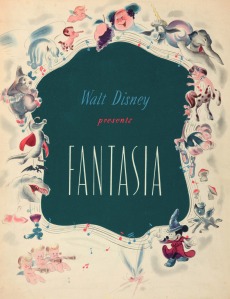 “Fantasia was not simply a film or a concert. Instead, it was a hybrid, a selection of great orchestral works conducted by Leopold Stokowski, played by the Philadelphia Orchestra and illustrated by Walt Disney.”

On November 13, 1940, the animated feature film Fantasia had its world premiere at the Broadway Theater in New York City. This premiere was substantial in showing the evolution of Disney animation, as the film premiered twelve years after the official debut of the first Mickey Mouse short film, Steamboat Willie. This premiere was part of a roadshow held to promote the film, along with an exclusive sound system called Fantasound. Proceeds from the opening night went toward the British War Relief Society, as England was then embroiled in World War II. There was great demand from viewers to see the film, and the film would eventually run at the Broadway for forty-nine weeks.