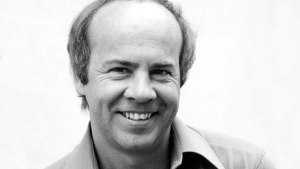 “It’s interesting when you come to Disney, you get a script, go to wardrobe, and then you meet your animal.”

On December 15, 1933, Thomas Daniel Conway was born in Willoughby, Ohio, and grew up in the aptly named Chagrin Falls. He attended the Bowling Green State University to major in speech and radio; after graduating, he joined the Army, where he served for two years. After being discharged, he wound up back in Cleveland to work with radio personality Ernie Anderson. After working with Anderson on several projects, he was noticed by comedic actress Rose Marie, who decided to take him under her wing, which led him to a spot on The Steve Allen Show as a regular. It was his following project, as Ensign Charles Parker on McHale’s Navy, which gave Conway a national presence. After the show ended, he worked several other shows before landing at The Carol Burnett Show, where he was awarded with five Emmy Awards during his time. Conway first started working with Disney in 1973, when he starred in the live action feature The World’s Greatest Athlete, and followed that with the 1975 film The Apple Dumpling Gang, 1976’s Gus, and 1979’s The Apple Dumpling Gang Rides Again. Conway has also contributed to the Air Bud series, as well as several Disney television shows. For his work in the Disney medium, he was honored as a Disney Legend in 2004.