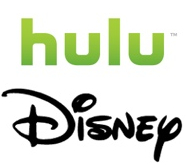 “Today marks the official start of a new relationship: the launch of ABC content on Hulu.”

On July 6, 2009, the deal between Disney and Hulu was completed with the appearance of ABC programming on the streaming service. The first episodes to appear were five episodes of the hit drama Grey’s Anatomy. Other ABC titles were introduced through a promo called Hulu Days of Summer, where viewers could guess clues to the next content to be posted. With this arrangement, ABC was one of the last major networks to use Hulu as a platform for streaming their programming to a new crop of viewers.