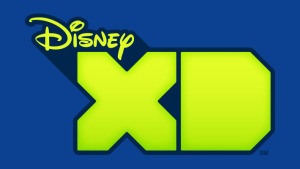 “Be sure to check out all Disney X D has to offer.”

On February 13, 2009, the rebranded channel Disney X D began broadcasting on cable television. Originally Toon Disney, the channel was changed to target 6 to 14-year-olds, with original programming and some reruns of Disney Channel shows. Disney X D’s programming is also seen as more action based than its predecessor, as seen by shows Kick Buttowski: Suburban Daredevil and Kickin’ It, as well as the Marvel-focused programming block.