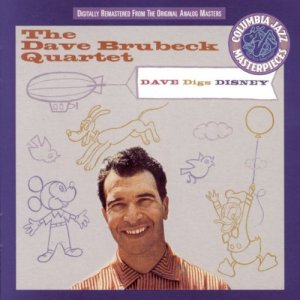 “Dave [Brubeck] was ahead of his time tapping into the Disney songbook. Look at how many artists have done the same since.” – Album Producer George Avakian

On December 30, 1957, the jazz album Dave Digs Disney by the Dave Brubeck Quartet was released on LP. Inspired by a family trip to Disneyland, pianist Dave Brubeck and alto saxophonist Paul Desmond began composing jazz variations of classic Disney tunes. The album is notable for being the first time a modern jazz group took Disney songs seriously, and one of the first times a musician devoted an entire album to interpretations of Disney classics. The album has been reissued over the years, to cassette tape, CD, and digital format.