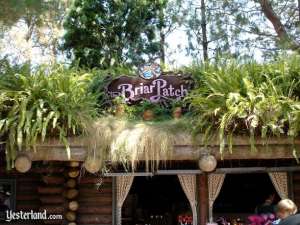 Image credit: yesterland.com. The Briar Patch, which originally was The Indian Trading Post