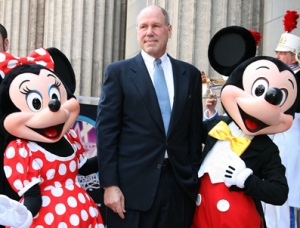 “We are different from companies not in the entertainment field. We are a creative company, and as a result, we are so much more.”

On September 9, 2004, Michael Eisner, then-CEO of the Walt Disney Company, released a statement stating his intention to retire from his role upon the conclusion of his contract on September 30, 2006. Eisner joined the company in 1984 alongside Frank Wells, and the two were able to bring the Walt Disney Company to a new level of success and resurgence. The letter also alluded to certain issues the board had been facing in the recent years, but Eisner assured stakeholders that the board would remain committed to its goals, and Eisner would never lose his love for Disney.