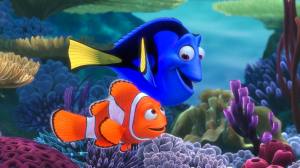 “The Wonderful World of Disney, the venerable prime-time TV show originally hosted by Walt Disney himself, is getting its geek on.”

On June 10, 2008, Disney.com released a statement that they planned to stream several of the studio’s full-length feature films online. The announced plan was that these films would be shown on the Saturday night program The Wonderful World of Disney, and then be shown for free on the online platform. The schedule included Pixar favorites Finding Nemo and Monsters, Inc., as well as films Haunted Mansion, Confessions of a Teenage Drama Queen, Princess Diaries 2, Freaky Friday, and Peter Pan.