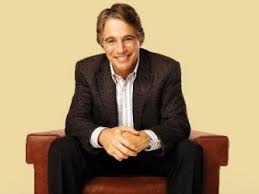 On May 26, 2006, the daytime talk show The Tony Danza Show ended its run on television. Beginning on September 13, 2004, and distributed by Buena Vista Television, the show was hosted by actor Tony Danza and recorded at the ABC studio complex. Its most well-known gimmick was a game called “Extravadanza,” which was a Plinko-style game that was played with a home viewer. The series ran for only two seasons before it was cancelled due to low ratings.

Posted in Uncategorized and tagged 2000s, Buena Vista Distribution, Cancelled, Television. Bookmark the permalink.
← May 25
May 27 →