April 25, 2015 – The Third Radio Disney Music Awards are Held at the Microsoft Theater 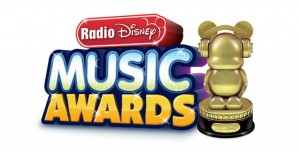 On April 25, 2015, the third Radio Disney Music Awards were held at the Microsoft Theater in Los Angeles, California. The awards themselves have viewers and listeners determine the winners through weeks of submitting their votes through various messaging methods, such as text messaging and social media channels. The award winners feature a variety of musical artists, ranging from Disney Channel stars to big-name pop artists. Of the big three awards, Best Music Group went to girl group Fifth Harmony, Best Male Artist went to Ed Sheeran, and Best Female Artist went to Ariana Grande. Jennifer Lopez was awarded the special Hero Award in recognition for her service to women and children through the Lopez Family Foundation.