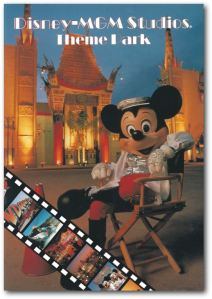 On January 19, 1991, the merchandise shop Legends of Hollywood opened on Hollywood Boulevard of Disney’s Hollywood Studios park. This version of the shop was short-lived, as it closed on March 9, 1991, and became L.A. Cinema Storage. A new version of this shop opened on Sunset Boulevard on June 12, 1994, and sells merchandise related to recently released films.