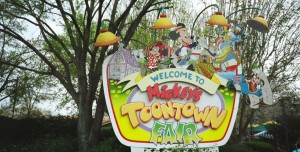 On February 11, 2011, the Mickey’s Toontown Fair area of Walt Disney World’s Magic Kingdom Park officially closed. The area had first opened as Mickey’s Birthdayland to celebrate Mickey Mouse’s 60th birthday, and was remodeled as Mickey’s Starland on May 26, 1990. It eventually became Mickey’s Toontown Fair and opened on June 29, 1996. The area was closed to make way for the Fantasyland expansion, with the area’s attraction The Barnstormer being included in the new Storybook Circus area.