September 27, 1991 – The Video Simply Mad About the Mouse is Released 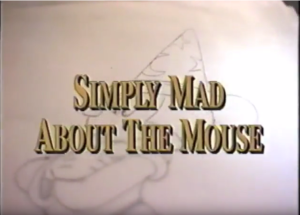 “I’ll be safe and you’ll be sorry when the wolf comes through your door.”