August 8, 2006 – The Deluxe Version of Into the Rush by Aly and AJ is Released Through Hollywood Records 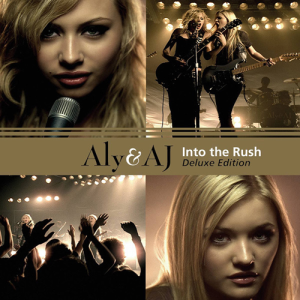 “You make me feel out of my element, like I’m drifting out to the sea.”

On August 8, 2006, the deluxe version of the debut studio album Into the Rush by recording artists Aly & AJ was released through Hollywood Records. With the original album being released only a year prior, the deluxe edition featured new versions of the tracks “Something More” and “Collapsed,” along with new songs “Shine” and “Chemicals React,” with the latter acting as the lead single for the album.