July 22, 2003 – The Soundtrack to the Animated Series Kim Possible is Released Through Walt Disney Records 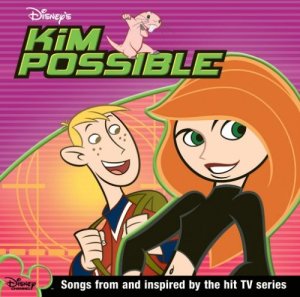 “You can’t stop me cause I’m Kim Possible.”

On July 22, 2003, the soundtrack to the Disney Channel original animated series Kim Possible was released through Walt Disney Records. Featuring songs from and inspired by the show, the album was notable for its full length version of the theme song, “Call Me, Beep Me! (The Kim Possible Song)” by Christina Milian, along with songs by show voice actors Christy Carlson Romano, Will Friedle, and Nancy Cartwright. The soundtrack peaked at number 125 on the Billboard 200, and was released in several other countries, including a French version and a German version.