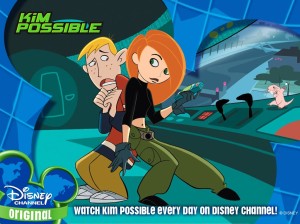 On November 29, 2005, Disney announced that the popular animated Disney Channel Original Series Kim Possible would be renewed for a fourth season. At the time, Disney Channel tended to cancel series after 65 episodes, but a strong fandom base and its critical acclaim caused Disney to reconsider its decision; several shows since then have not adhered to the 65 episode rule. The fourth series premiered on February 10, 2007, and ran for 22 episodes.