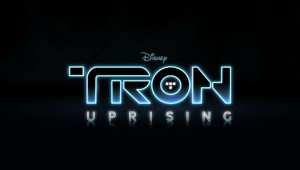 “You’re more than just a mechanic, Beck. You surpassed your programming. You stood up for what you believed in, all on your own.”

On June 7, 2012, the animated series Tron: Uprising premiered on Disney X D. Based on the cult classic Tron franchise, the series takes place between the 1982 film Tron and the 2010 film Tron: Legacy. The series aired 19 episodes in its total run, and won two Annie Awards and a Primetime Emmy for its distinct artistic style. The series was developed by Edward Kitsis and Adam Horowitz, and directed by Charlie Bean and Robert Valley. It starred Elijah Wood as Beck, Bruce Boxleitner as Tron, Mandy Moore as Mara, Nate Corddry as Zed, Emmanuelle Chriqui as Paige, Paul Reubens as Pavel, and Lance Henriksen as General Tesler.

The first episode, “The Renegade Pt. 1,” begins with a short overview of the state of the Grid, with a young mechanic named Beck fighting back against Clu in the name of Tron, who is thought to be dead. Tron comes out of hiding to train Beck to be the next Tron, and trains him extensively. Beck is seen training with Tron, although is scared when he comes across a giant chasm, and barely makes it across. Tron has to rescue him from falling, and lectures him on hesitating and having faith in himself. Beck has no faith in himself, however, and wonders if there will be any uprising. On his way back, he is stopped for being in violation of his curfew, and barely manages to sneak back inside, only to find himself part of a group captured and taken to The Games. One of the players blames the Renegade, not knowing that Beck is the Renegade among them. The players are taken to the coliseum, but Beck is certain that they will survive.

Later, at the club, Zed is moping because Mara is getting attention from other programs, but soon gets distracted by new girl Perl. Mara pulls Zed away for a dance, but Zed goes back to Perl when Mara calls him only a friend. Back at the games, Beck watches as his friend is deleted, but can’t afford to lose his focus. The round ends after General Tesler realizes that Beck and his teammate Cutler are too good. Although Beck has lost his confidence again, Cutler bolsters his morale, revealing he fought Clu in the ISO Wars. Cutler came to find the Renegade and fight alongside him. As the two are carried out to the games again, Beck and Cutler manage to break away from the group and make an escape. Meanwhile, Zed takes Perl back to Able’s garage, where she steals Able’s ENCOM 786 lightcycle. Back at the coliseum, Beck and Cutler are caught, and are taken to a lightcycle challenge where they are tethered together. The two make a good team and manage to win the challenge. As the two are taken from the games, but are taken once again to another fight, where they must fight each other to the death.