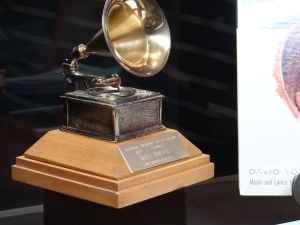 On April 13, 1965, the 7th Annual Grammy Awards were held at the Beverly Hilton Hotel in Beverly Hills, California. The smash hit film Mary Poppins walked away with two Grammy Awards: one for Best Recording for Children, and one for Best Original Score Written for a Motion Picture or Television Show, awarded to the Sherman Brothers.